World Fuel Exports Map is prepared on the basis of the percentage of total value of exports that is comprised by fuel. Venezuela, Algeria, Libya, Nigeria, Gabon, Congo and Angola exports over 75% of fuels. 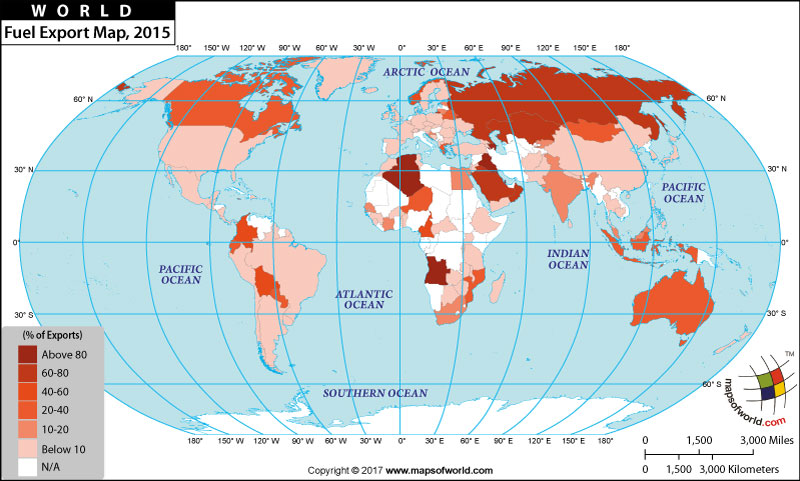 The major fuel exporters of the world are Angola, Algeria, Congo, Gabon, Libyan Arab Yamahiriya and Nigeria. Infact, Angola is Africa's fastest growing economy. In an energy scarcity world, we frequently come across the concept of fuel economy. Exports of fuel have become a major source of income for the countries with a surplus.