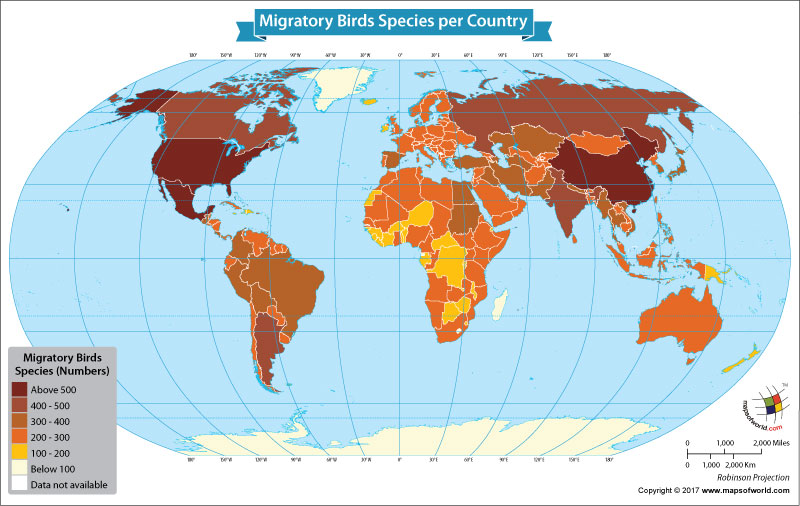 Every year hundreds of birds can be seen flying across distances spanning over hundreds and thousands of kilometers to find favorable habitats for the purpose of feeding as well as breeding. Migration usually takes place when the condition at the place where the bird is currently residing become unfavorable. However, over the years, the population of migratory birds is declining around the world. It has been reported that today less number of migratory birds are returning back to their breeding grounds due to a variety of factors such as poisoning by pesticides, habitat loss that may be due to destructive agriculture and other human-related factors.

The table below will give you an idea of the approximate number of the species of migratory birds in each nation and territory.