What are the countries with a population over 100 million? - Answers 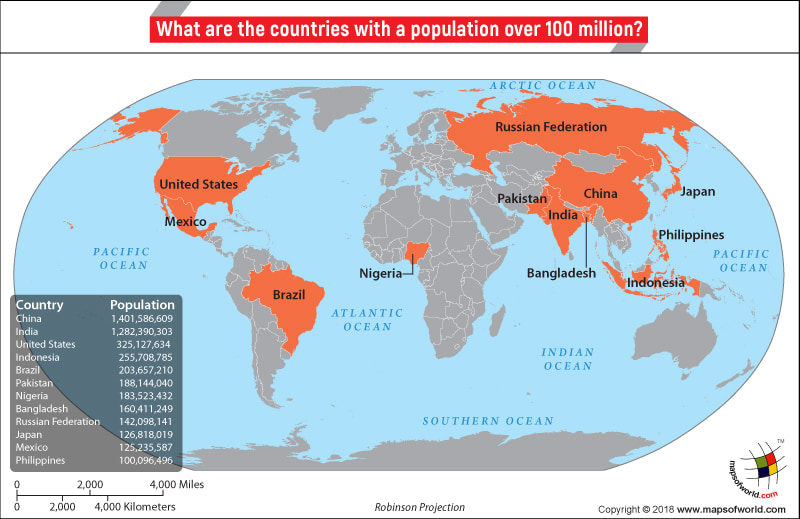 Of 12 countries having a population of over 100 million, Seven countries are from Asia. South Asia alone accounts for 1,630,945,592 people. Both India and China are four times the population size of USA.
The list of countries recording the maximum increase over 2014 are:

In the African continent, Nigeria, Ethiopia, Democratic Republic of Congo and the United Republic of Tanzania lead the fastest growing populations list. Ethiopia added nearly the same number of people as the United States.

Visit the following to learn more about the World Population: