There are at present 3,142 counties and county-equivalents in the USA. This US County Map shows all the counties in each state. 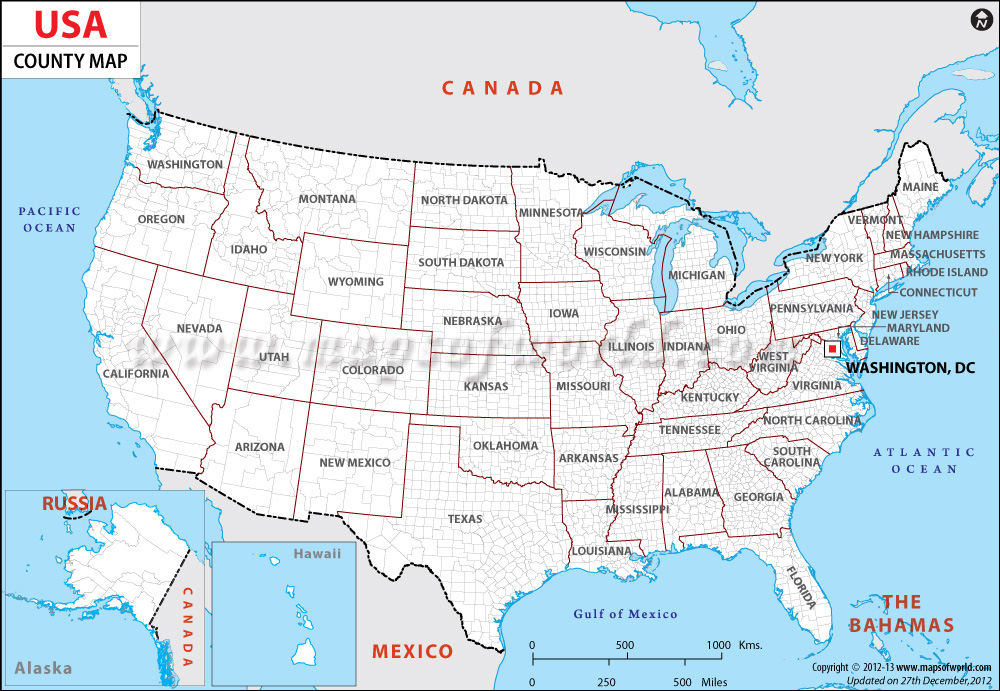 Counties are the administrative subdivision in the United States of America. The expression 'county' is applied in 48 out of the 50 States. Our USA County Map shows the location of each county in the US.


About our US County Map

Forty-eight out of the fifty states in the US use the term county. Alaska uses the term boroughs, and in the state of Louisiana they are called Parishes (In Louisiana, they take this seriously). Presently, the United States has 3,007 counties and 137 county equivalents for a total of 3,142 counties, and county equivalents.

Average Number of Counties in each state

The average number of counties in each state is 62. Yet, Delaware has only three counties, while Texas comprises of 254 counties. The term “county seat” is used for the administrative center, or the seat of the government.

As per the 2015 statistics, Los Angeles County, California, is the most populous county, with a population of 10.17 million people. The least populous counties are the Kalawao County of Hawaii with only 89 people, and the Loving County in Texas, that is home to 82 people.

Some cities are counties

In some parts of the country, a city is also a county, and these areas exercise the powers and responsibilities of both categories of administration. For example, San Francisco, California is both the city of San Francisco, and the San Francisco County. Indianapolis, Indiana has this distinction as well.

*: County-Equivalent: A city or an area in a state with no county-level government
#: Total number of Counties and Equivalents in a state