What are the countries with most nuclear reactors? - Answers 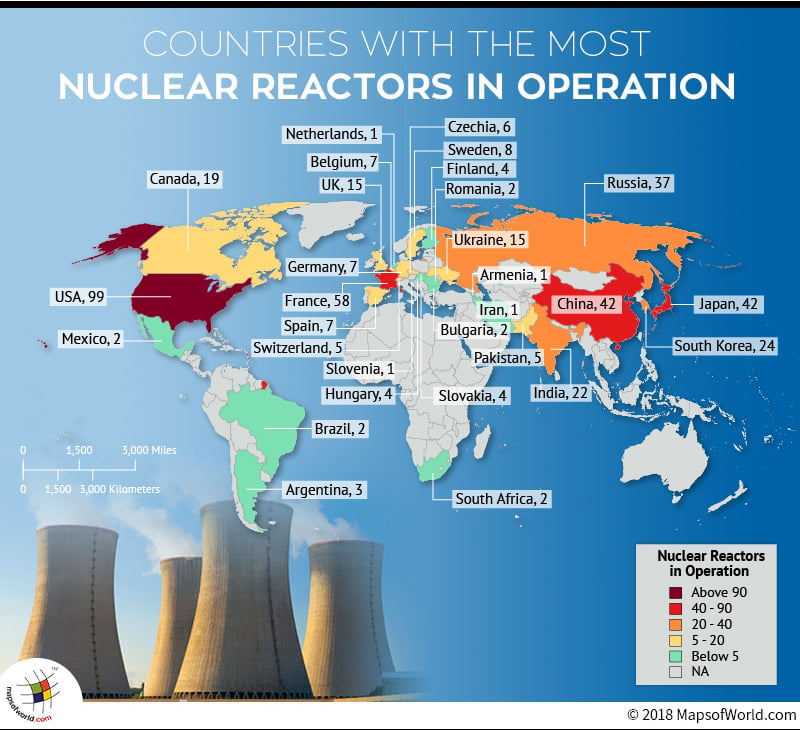 Electrification, that is, the conversion of one form of energy into electricity, is the need of the hour! The rising population and diminishing natural resources make it difficult for all people to have electricity access. Some view nuclear power as the hope for the future.

Nuclear reactors are devices which undertake the nuclear chain reaction at a steady rate. New designs are being innovated, to help in generation of electricity. Many say they are relatively eco-friendly, as they produce smaller amount of carbon dioxide.

It is a fact that despite high security standards of nuclear reactors, accidents can occur. They can have adverse effects on nature as well as the health of human beings. These power plants also pose as targets for terror activities. The radioactive waste produced by these reactors, can be used for building nuclear weapons as well. However, the prospects of advanced technology have led to the belief that in the long-run nuclear reactors could be a boon. Particularly, if the issue of disposing of radioactive waste can be solved.

The table gives information on the number of nuclear reactors in operation in the 30 nations around the world.