What are the Top Ten Countries with Most Reliance on Nuclear Power? - Answers 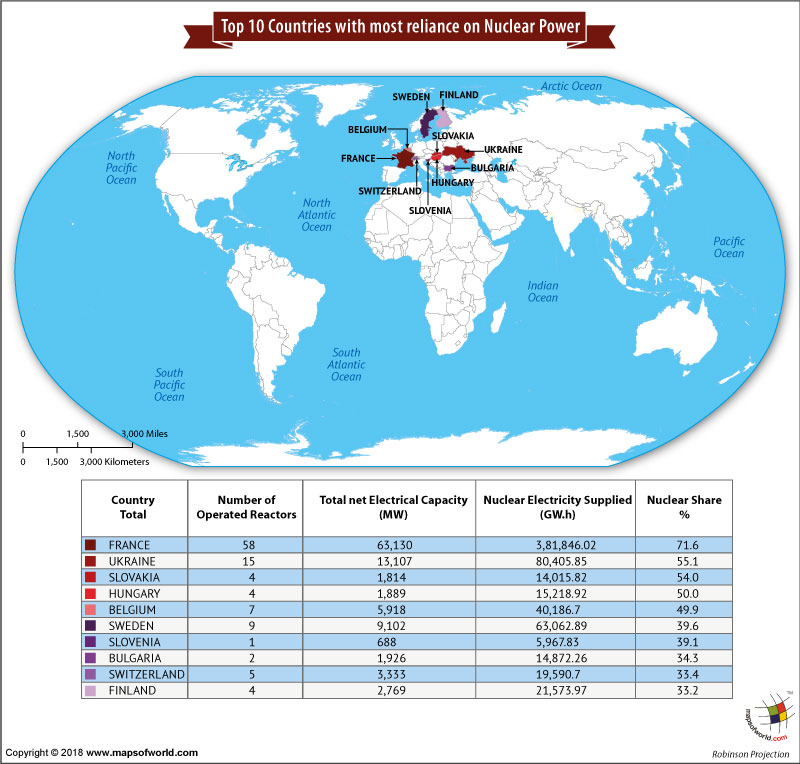 Overtime, the rapid population growth and increase demand of electricity has risen. The United Nations (UN) estimates that the world’s population will grow from 7.6 billion in 2017 to 9.8 billion by 2050. The statistics suggest that around 7 million people die every year because of air pollution, caused either from industrial sources such as power generation or from indoor air pollution, and this can be avoided if electricity is available to these regions.
Since nuclear power is claimed to be world’s second largest source of low-carbon power, numerous international reports suggest that nuclear power will become a reliable source for production of electricity on a large scale in near future.

The International Atomic Energy Agency (IAEA) is an international organization, which was established on July, 29 1957 for peaceful use of nuclear energy, and to inhibit its use for any military purpose, including nuclear weapons. According to IAEA, there are total 451 operated reactors in the world as of 2017. France is supplying the most amount of nuclear electricity, with 58 reactors. It’s nuclear share amounts to 71.6%. Next is Ukraine, which has 15 operated reactors and a nuclear share of 55.1%.

Sourced from IAEA, here is a list of top ten nations which had the most nuclear share of Electricity Generation in 2017.