What are the top 10 tallest skyscrapers in the world? - Answers 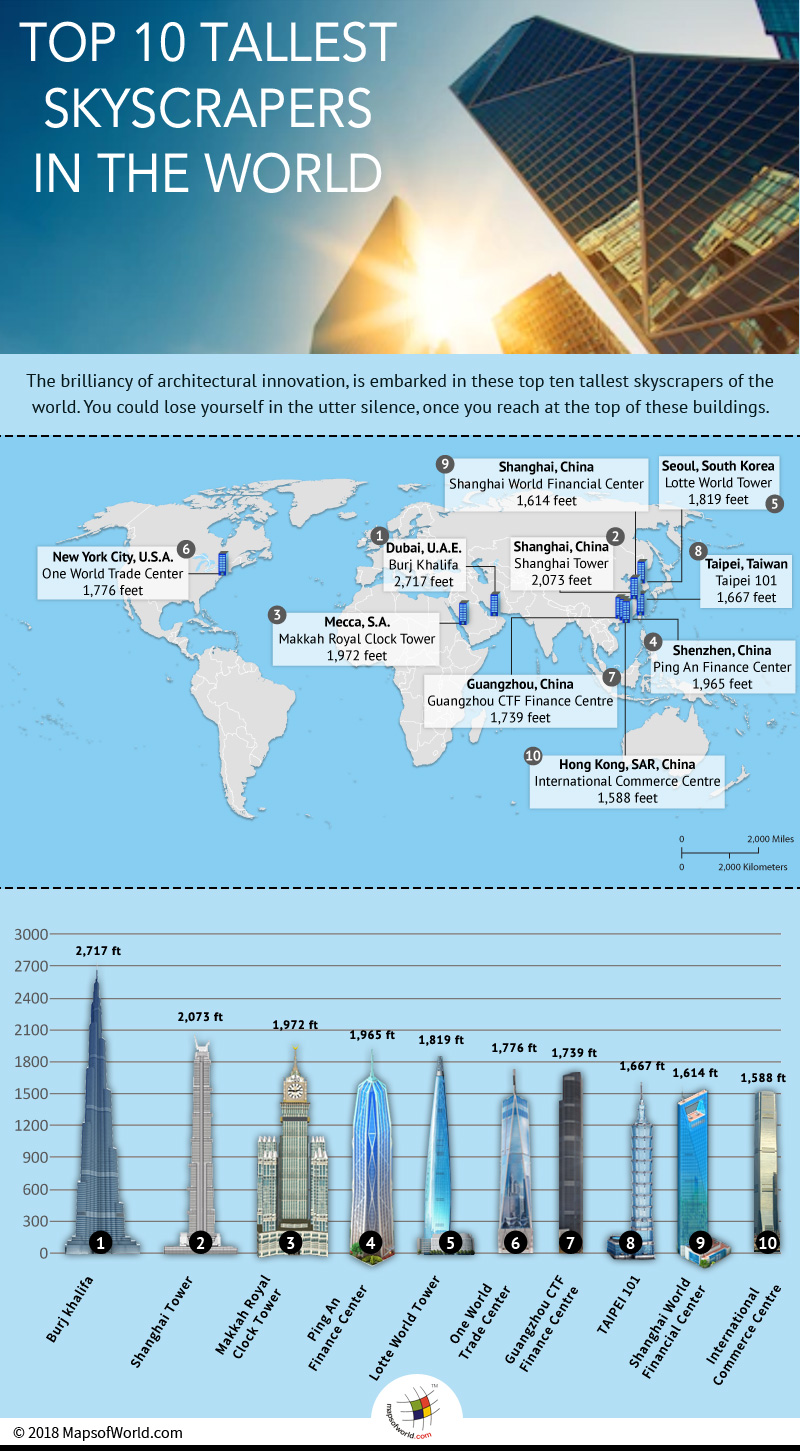 A  skyscraper is a notably tall building that stands out above the neighboring buildings and is a significant symbol in a city’s skyline. In the last few decades, there have been some significant changes, and the baton for tall buildings has been passed from West to East. Historically, in the 19th century, the term skyscraper referred to buildings featuring 10-20 floors. The transition in the height of the tallest buildings owing to the advanced construction technology has also changed the definition of the tallest buildings to structures possessing more than 40 floors. Associated terms include ‘supertall,‘ for buildings above a height of 984 feet and ‘megatall’ for skyscrapers reaching beyond 1,969 feet.

The skyscrapers share the most characteristic feature of the steel framework that supports curtain walls allowing them to reach the heavens with cutting edge designs. They differ from the conventional structures as they do not rest on the load-bearing walls. They either bear on the framework below or are suspended from the framework above. The curtain wall system is an outer covering of the building that is non-structural and are utilized to keep the weather out and the occupants in. These are usually made of lightweight materials, and lead to cost-cutting in construction.

The Council on Tall Buildings and Urban Habitat (CTBUH), is the leading authority on the tall building construction and is also responsible for ranking the tallest skyscrapers of the world. It sets the standards by which these buildings are measured and maintains a list of the top 100 tallest buildings (completed) in the world. Building with continuously occupiable floors are included, and hence, a non-building structure like bridges and towers are not included.

The world’s top 10 tallest skyscrapers are:

Below given table mentions details of the top 10 tallest buildings in the world: