What countries have male population with high blood pressure? - Answers 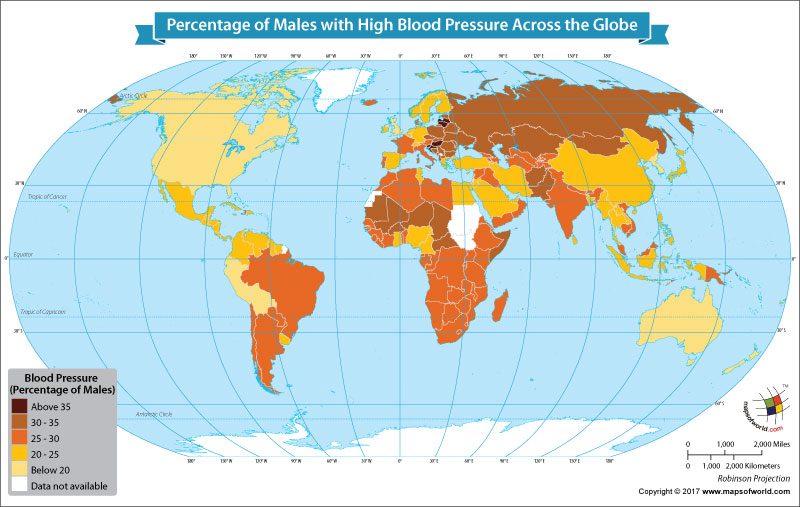 The table below provides information on the percentage of men aged 18 and above having high blood pressure in each nation.