What countries have won Nobel Prize in Chemistry? - Answers 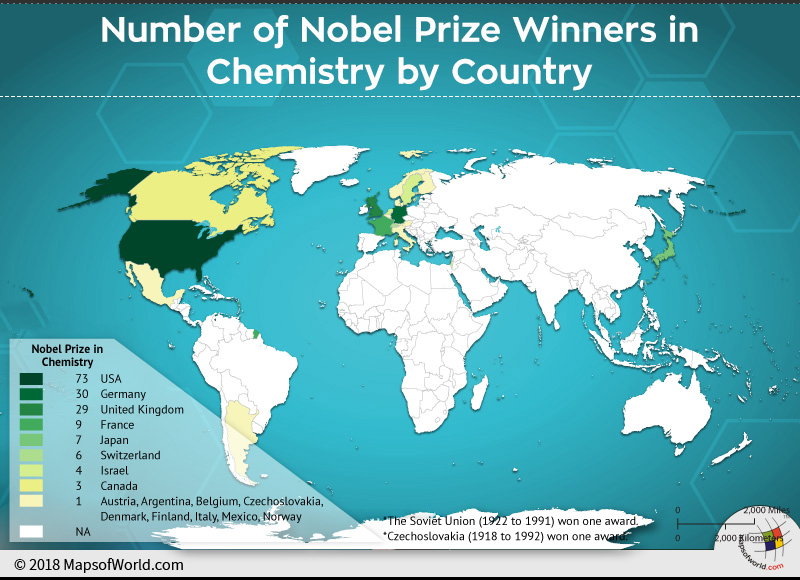 Nobel Prize in Chemistry for 2018 has been awarded to George P. Smith, Frances Arnold and Greg Winter, for they did an exceptional work regarding evolution of molecules. Their research incorporated the science of genetic change and selection, to create proteins that could potentially solve the chemical problems prevailing in mankind.

Being honored by a Nobel prize is a matter of pride. It is awarded on account of phenomenal contribution by an individual or organization in their respective fields. The first Nobel Prize in Chemistry was awarded in 1901 to Jacobus Henricus van ‘t Hoff. Nobel Prize is the most prestigious award that began with the will of Alfred Nobel and since then it is an esteemed possession for the recipients.

The candidates are recommended by The Royal Swedish Academy of Sciences and selected by The Nobel Committee for Chemistry. No person or organization can nominate themselves for the award. In addition to chemistry, Nobel prize is awarded in the fields of physics, medicine, economics, literature, and peace.

Chemistry is the field of science that is evolving and contributing to other fields like medicine, biology, and material science. The subject is of strategic importance when the long-term innovations and optimum utilization of resources are kept in mind. Chemistry has contributed significantly to the society. Be it the progress in terms of the chemical industry or the contribution to the medical industry. Owing to the significant place it holds in the society, the achievements of the field are considered to be honored.

Here is a list of all the Nobel Prize winners in chemistry from across the world.