Map of the World for Kids

The world map for kids is a colorful world map that shows each of the continents, and an example of the type of wildlife found on each continent. 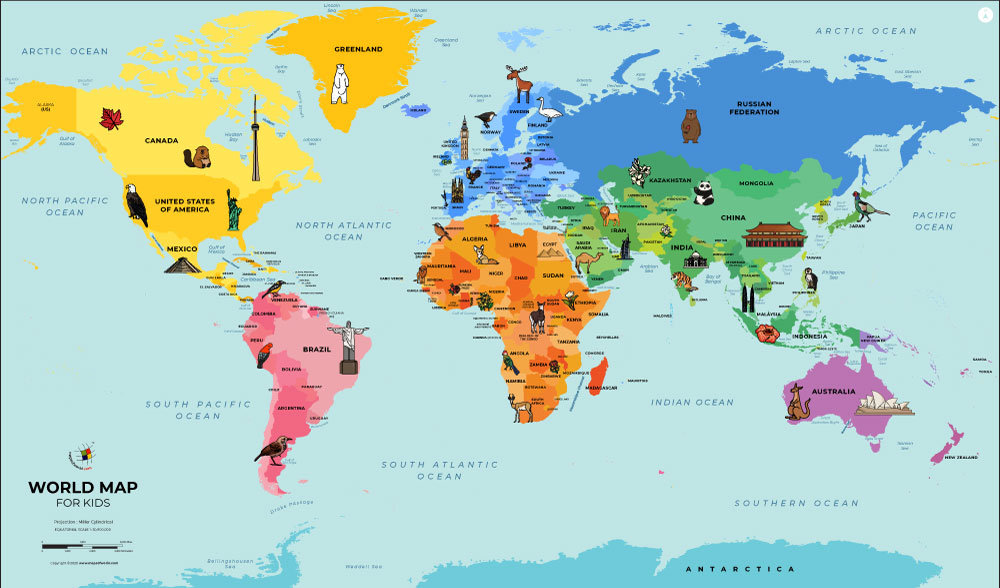 Description: World Map for kids depicts all the continents and the primary animals found there.

Map of the World for Kids :


The World Map for Kids shows a view of the world with the North Pole near the top of the map, and the South Pole near the bottom of the map. The arrow below the "N" in the top right corner of the map shows which direction is north on the map.

Asia is the continent with the highest population, followed by Africa. Antarctica is the only continent that has no people living on it permanently, because it is covered in ice and snow. Australia is the smallest continent. Know more ...

Countries
Many of the continents are divided up into smaller areas, called countries. Each country is usually ruled by its own government. Countries can be very large or very small. The largest country in the world is Russia, shown as part of Asia (although sometimes it is considered part of Europe). The smallest country is Vatican City, located inside Italy on the European continent. Australia is both a continent and a country. Know more ...
ACOD~20120904