What countries have won the Miss Universe titles? - Answers 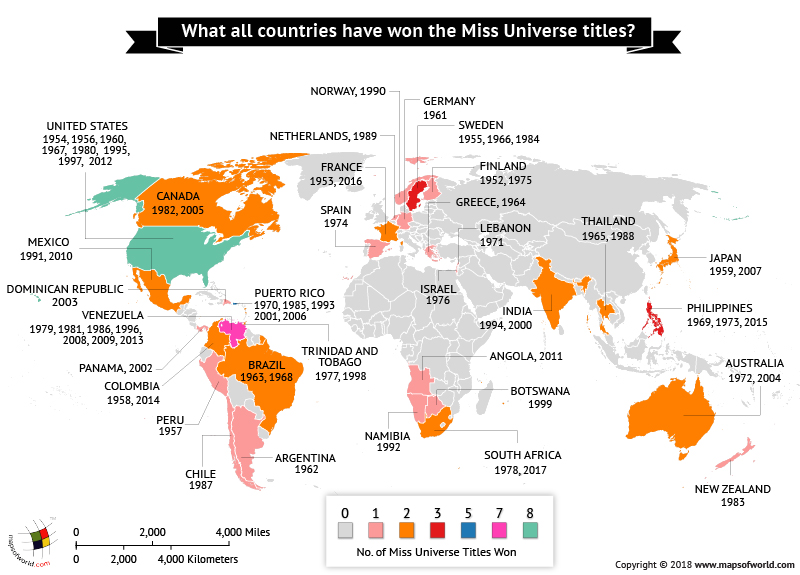 Miss Universe Organization has been hosting the Miss Universe beauty pageant since 1952. As a mark to honor women- the epitome of beauty and brain, this pageant is an annual event and invites participants from all over the world. The first Miss Universe event was hosted at Long Beach, California where the title was won by Armi Kuusela from Finland.

The crown is held by the winner for one year until the successor is decided. At the end of the ceremony, the preceding winner crowns the new winner. Owing to the popularity if the contest, the authorities have provided a website which provides the details of the application process to the procedure and duration of the competition.

The pageant is beyond the beauty aspect. The winners, considered as idols for the society, have a social responsibility- spreading awareness about the social causes such as the importance of hygiene, education, gender quality, health, peace. The winners become the medium of bringing about a positive change in the society.

Among the top winners are the United States, holding eight titles since the inception of the competition. It is followed by Venezuela with a total of seven titles and Puerto Rico with five titles.

Here is a list of all the Miss Universe winners along with the country they belong to and year of their crowning.