What countries are worst affected by Hunger? - Answers 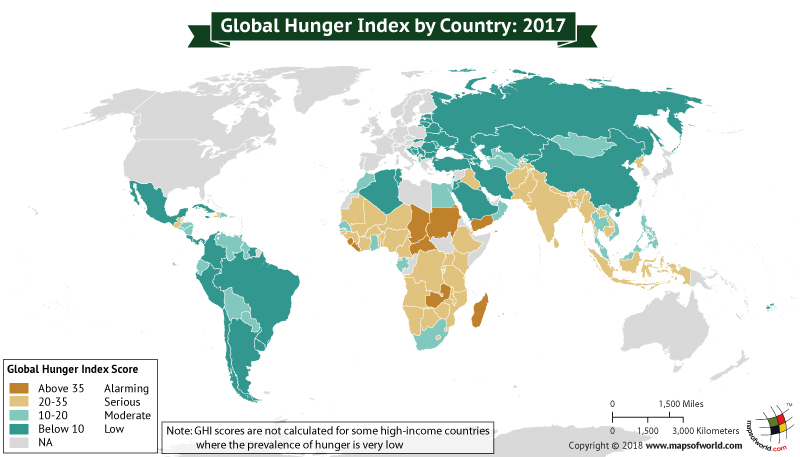 It has been estimated that right now there are approximately 800 million people in the world who are suffering from chronic undernourishment. Despite progress being made on this front, it is still a tough battle to eradicate hunger entirely from the world. However, there is a disparity among nations regarding the Global Hunger Index, with the African nations being the most affected and some even falling in the alarming or serious hunger situation.

According to Global Hunger Index (GHI) scores, the hunger situation was extremely dire in the Central African Republic (CAR). According to the data, CAR has a score of 50.9.

The hunger situation in the African nation of Chad was equally alarming as that of the CAR. The second most affected country in the world, Chad had a Global Hunger Index score of 43.5. Other countries where the situation was alarming include; Sierra Leone, Yemen, Madagascar, Sudan, Liberia, and Zambia, where the index score ranged between 35 and 39.

Nations such as Argentina, Belarus, Brazil, Cuba, Ukraine, China, Russia, Malaysia, and many other nations witnessed a very low Global Hunger Index score. In these nations, the score in 2017 stood below 10.

The data provides information on the Global Hunger Index score per country.

Note: GHI scores are not calculated for some high-income countries where the prevalence of hunger is very low.