World Map for Coloring is a blank world map which can be used by kids for coloring. 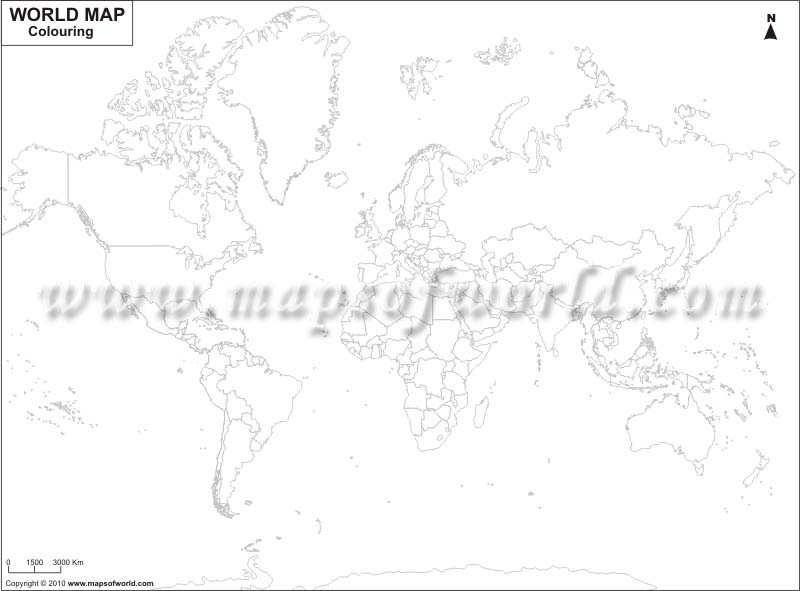 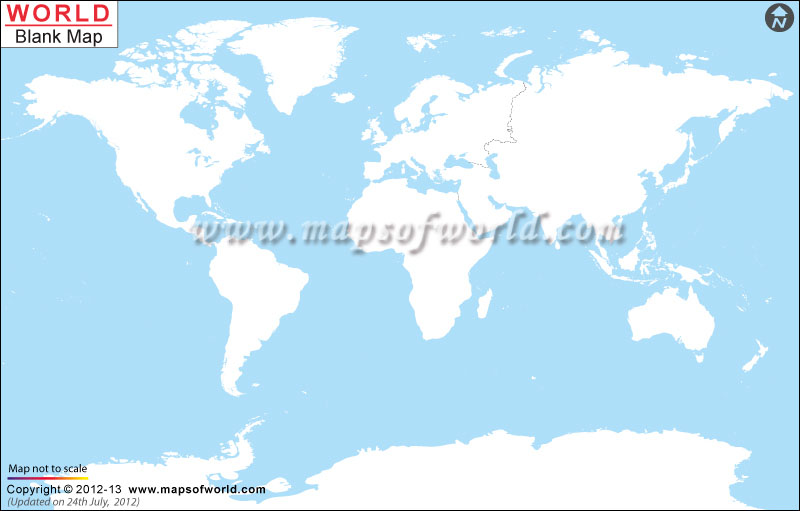 A continent can roughly be defined as a large landmass separated from other landmasses by water bodies and an ocean can be defined as an immense saline water body adjoining major territorial regions of the world.

The oceans are presented as a continuous water body around the seven continents of the world and the continents are marked with international boundaries dividing various nations of the world. This outline map of the World depicts a 2-dimensional view of the earth which is easier to study and comprehend as compared to a 3-dimensional representation.