What countries have highest publications of scholarly articles? - Answers 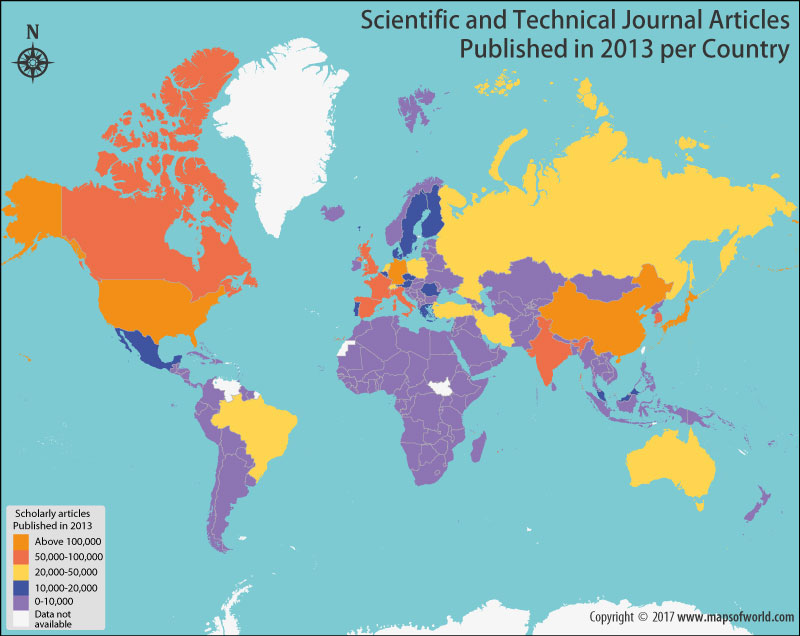 Scholars publish scientific and technical journals that aid in new discoveries and inventions thereby benefiting the world at large. The number of scholarly articles published every year vary from country to country. In some countries, the figure might range in thousands while in others, there may be only a few hundred scholarly articles getting published per year. These articles, which are published in the fields of physics, biology, chemistry, mathematics, clinical medicine, biomedical research, and other areas, are the works of great minds and greatly help in the upliftment of mankind.

According to a World Bank data, a total of 2,184,420 scholarly articles were published in the world in 2013. Of this figure, the United States and China combined contributed an upward of 800,000 articles during the year. The top spot went to the United States, which is known around the world for its state-of-the-art universities and research facilities, with 412,542 articles published during 2013.

The nation was closely followed by China, which posted a staggering figure of 401,435 articles during the same period. When compared, the United States saw a jump from 137,771 articles that were published in 1985 as compared to China’s meagre 1,943 articles in the same period.  This shows that there has been a significant rise in the number of scholarly articles published in China in the last 30 years.

Japan’s and Germany’s figures may not be too impressive like that of the US’s and China’s, but they were decent enough. Both Japan and Germany had 103,377 and 101,074 scientific and technical journals published in the year 2013. Meanwhile, US’s northern neighbor Canada published 57,797 articles in 2013.

In the Asian nations of India, South Korea, and Singapore, 93,349, 58,844, and 10,695 scholarly articles were published in the year 2013. But what makes these figures impressive is the pace at which the number of articles have multiplied in the past 30 years or so. In India, just 9,586 technical journals were published in 1985; in South Korea and Singapore, the figures were even less at 424 and 289 articles. Among the European countries, Germany had the highest figure of 101,074 articles while in Liechtenstein, only 26 technical and scholarly articles got published in 2013.