What countries rank high on the Enabling Trade Index? - Answers 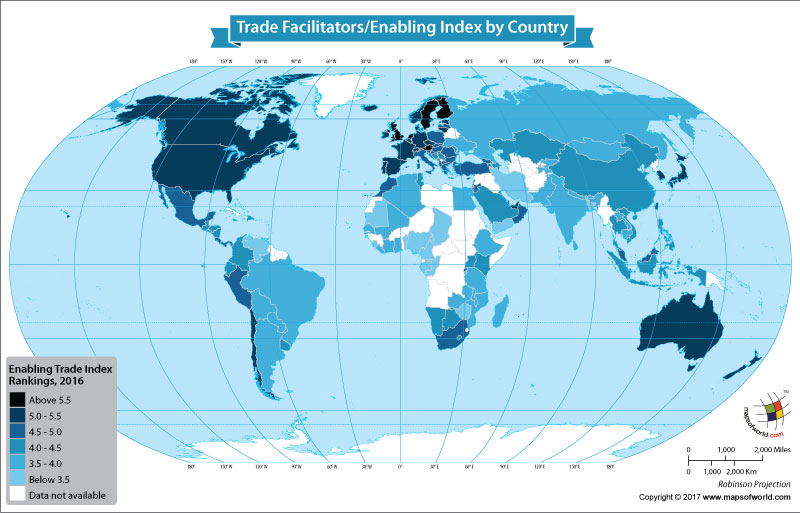 Free trade is a prominent driver of the global economic development as well as social progress. Healthy trade promotes competition and enables technologies. It also allows nations to specialize and ideas to spread. These factors play a crucial role in boosting productivity as well as innovation which ultimately leads to the economic growth.

Germany, Belgium, Switzerland, France, Spain, Japan, the United States, New Zealand, the United Arab Emirates, Australia, Canada, and some other nations scored between 5 and 5.5. Among the African nations, Mauritius was the top performer with a score of 4.89.

Among the BRICS nations, the leading country was South Africa scoring 4.52, while Russia was the least performing, scoring just 3.79. Brazil, India and China had scores of 3.80, 3.91 and 4.49. Nevertheless, the report states that the three BRICS nations of India, China, and South Africa have witnessed an improvement in their rankings as compared to the previous edition.

Nations that had scores of less than 3.5 included Burundi, Zimbabwe, Nigeria, Chad, Bangladesh, Iran and others. Meanwhile, the South American nation of Venezuela was placed at the bottom of the table with a score of 2.85.