What countries have access to improved water sources? - Answers 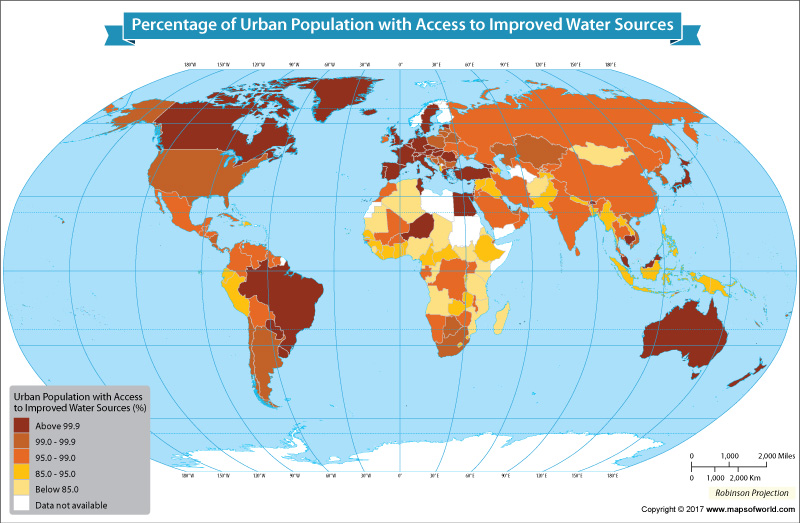 Many of the nations have been successful in providing their people with improved water sources. According to the World Health Organization (WHO), between the years 1990 and 2015, an estimated 2.6 billion people across the world gained access to safe drinking water. This is a major achievement, but there is still a significant population that does not have access to improved water sources for their drinking and other needs.

The unimproved water sources are surface water from dams, lakes and rivers and also from unprotected springs or dug wells. The disparity does not only exist between countries but also between people living in rural and urban areas. In 2015, according to the WHO data, an estimated 96 percent of the people living in urban areas had access to improved sources of water. In comparison, some 85 percent of those living in the rural areas had access to the same.

Armenia,  Australia, Bahrain, Cambodia, Canada, Denmark, Egypt,  Japan, Qatar, and Niger were a few nations that had met the 100 percent mark. Belarus, Mauritius, South Korea, etc. were just 0.1 percent short of the magical figure. Other nations that had scored between 99 and 100 percent included the  United States, Kazakhstan, UAE, South Africa,  Bulgaria, Maldives and many others.

Refer to the table for information on the percentage of population in urban areas that had access to improved water sources in 2015.