What countries consume the most bottled water? - Answers 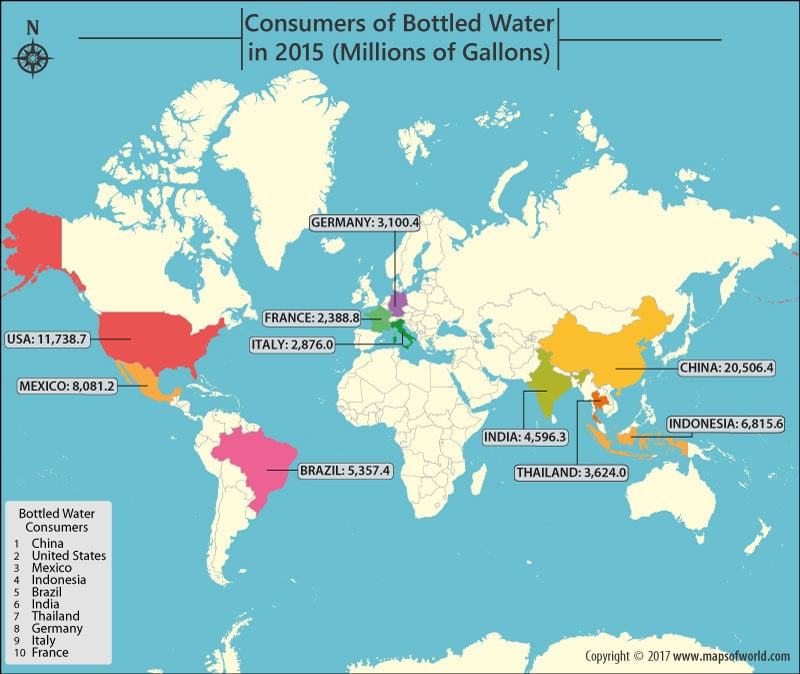 The consumption of bottled water around the world has witnessed a surge in recent years. A number of factors can be attributed to this increase such as concerns over contamination, scarcity of water resources or health consciousness.

In Thailand, 3,624 million gallons were consumed in 2015, which made it the seventh nation which consumed the most bottled water in the year. The eight, ninth and tenth positions went to the European nations of Germany, Italy and France where 3,100.4, 2,876, and 2,388.8 millions of gallons of bottled water was consumed in 2015.