What are the Top Flower Bouquet Exporters in the World? - Answers 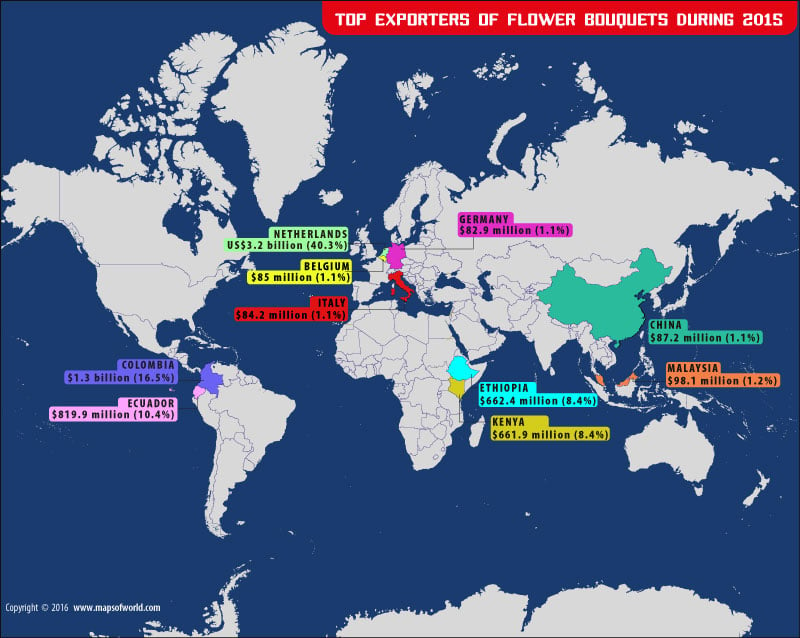 Flowers are a popular gifting item and a wonderful way to express our feelings to our beloved or loved ones. Millions of people around the world still resort to gifting flowers on special occasions. As such the business of exporting flowers is a lucrative one and has enabled countries to earn billions of dollars in revenues.

In the year 2015, flower bouquet exports totaled an amount of US$7.9 billion. Also during the year 2015, Europe accounted for the highest dollar value worth of flower bouquet exports. The European shipments comprised some 46.4 percent (or US$3.6 billion) of global flower exports. At the second place stood Latin America (without Mexico) and Caribbean countries which accounted for 27.8 percent. African exporters followed at the third place with 17.9 percent while at the fourth were Asian suppliers with 6.3 percent. Standing at the bottom of the ladder was North America with just 1.4 percent.