What countries have the highest cases of anemia? - Answers 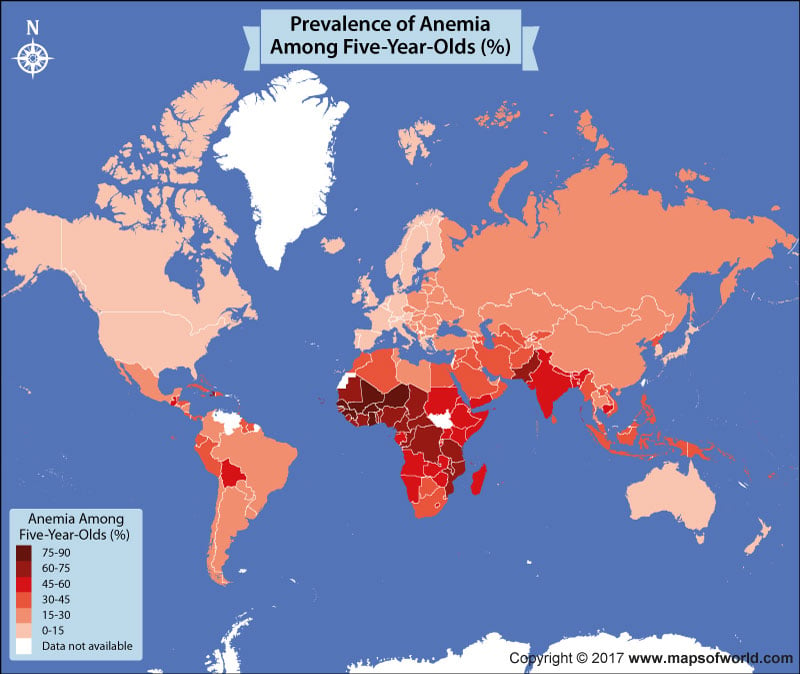 A lack of enough healthy red blood cells or hemoglobin leads to anemia. Around a quarter of the world population, including a significant number of children, are affected by this condition.

According to a World Bank data of 2011, 43 percent of children aged five and below were affected by anemia around the world. However, when compared to 1990, the percentage had witnessed a decline. In 1990, the anemia was prevalent among 52 percent of the children around the world. Though some nations have combated anemia to a large extent, other nations have not been so successful.

Anemia is widely prevalent in the African continent with  Burkina Faso  being the most badly affected. According to the World Bank data, anemia was prevalent among 86 percent of children aged under five in Burkina Faso. In fact, majority of the countries at the top of the list — barring two nations — were located in Africa where more than 60 percent of children aged five were affected by anemia.

Among the regions, South Asia was the second most badly affected by anemia. The region, on an average, witnessed 58 percent of the children aged five and under, affected by anemia. While Pakistan reported a high figure with 61 percent, nations such as Sri Lanka and  Maldives  were better of at 36 and 30 percent respectively.

Children are leading much healthy lives in European and North American countries, which reported very low percentages of 16 percent and 7 percent respectively. Among the World Bank list, the  United States  reported the lowest figure, with just 6 percent of the children aged five and below affected by anemia