How Many Countries Use The Euro As Their Currency? - Answers 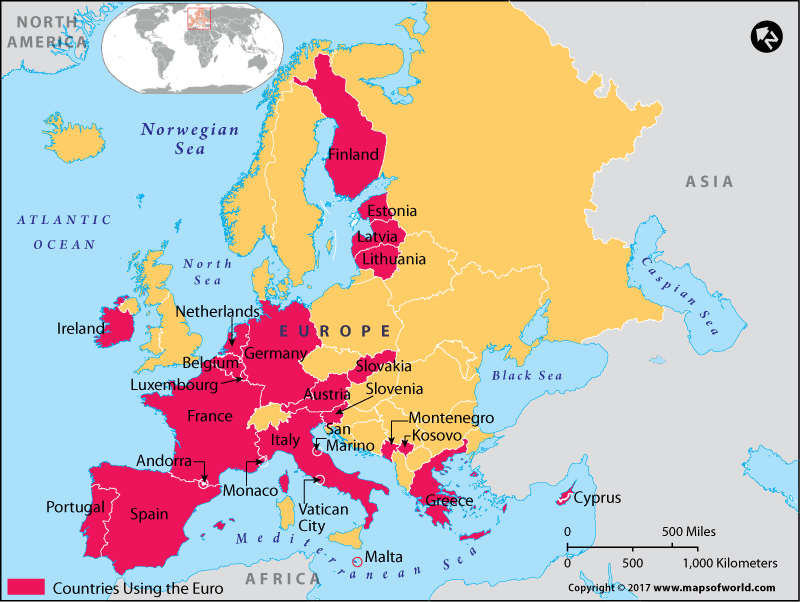 This takes the total number of countries using the Euro up to 25.

Here’s a list of the EU member nations and the date they adopted the Euro.

Eurozone usually refers to the 19 EU member nations (of 28 EU members), which use the Euro as legal tender. The total number of people regularly using the Euro as their currency is pegged at about 337 million.

It is the second largest traded currency after the US Dollar. As of 2017, over 1,109 billion Euros are in circulation across the world.