What countries are the top 20 World Wrestling Champions? - Answers 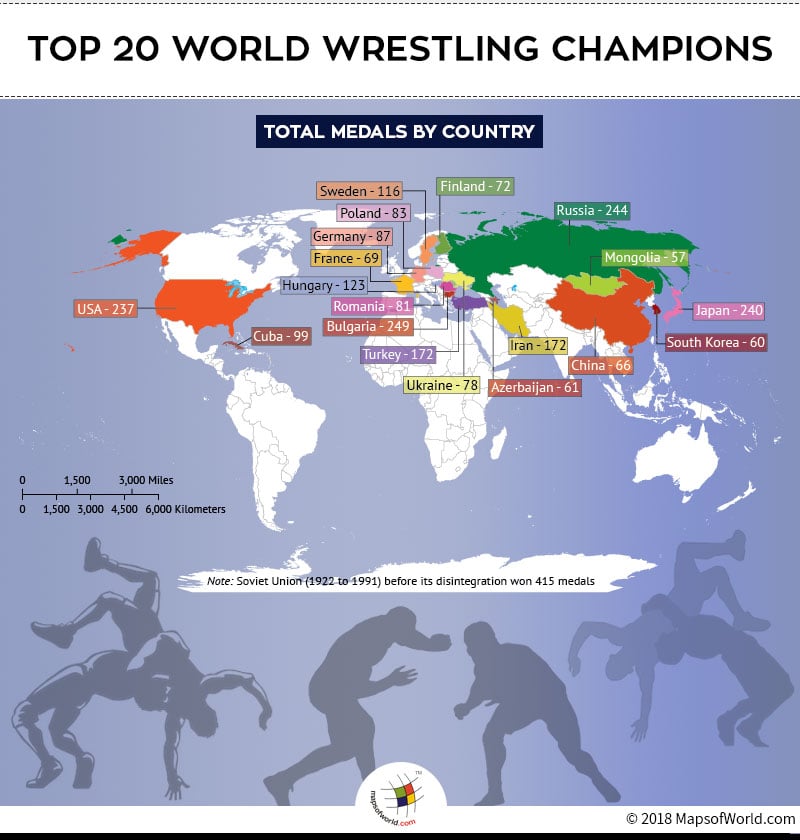 Television channels cash in on wrestling matches with viewership, at times, reaching astronomical figures. The origination of the sport dates back to the dawn of recorded history, as its mention can be found in cave drawings in France that are more than 15,000 years old, and to the ancient texts such as the Vedas, Ramayana, Mahabharata, and the Iliad. From Babylon, Egypt, India, China, and Japan, wrestling is one of the most recognized sports around the world. Its fame and popularity were unprecedented in ancient Greece, where it is widely mentioned in literature and legend. Though brutal at times, the sport was included in the ancient Olympic Games. In the Middles Ages, wrestling enjoyed the patronage of many royal families around the world.

The popularity of the sport has continued in modern times, and it is part of the modern Olympic Games as well. An equally popular tournament is the World Wrestling Championships, which is organized by the United World Wrestling. The tournament comprises of four competitions – Men’s Freestyle, Men’s Greco-Roman, Women’s freestyle, and Combined. The oldest of these is the Men’s Greco-Roman Wrestling tournament which began in 1904.

The 2018 World Wrestling Championship will be held in Budapest, Hungary from October 22 – 28.

The table below elaborates the number of medals won by each of the top twenty nations.