What Countries have a Cross on their National Flag? - Answers 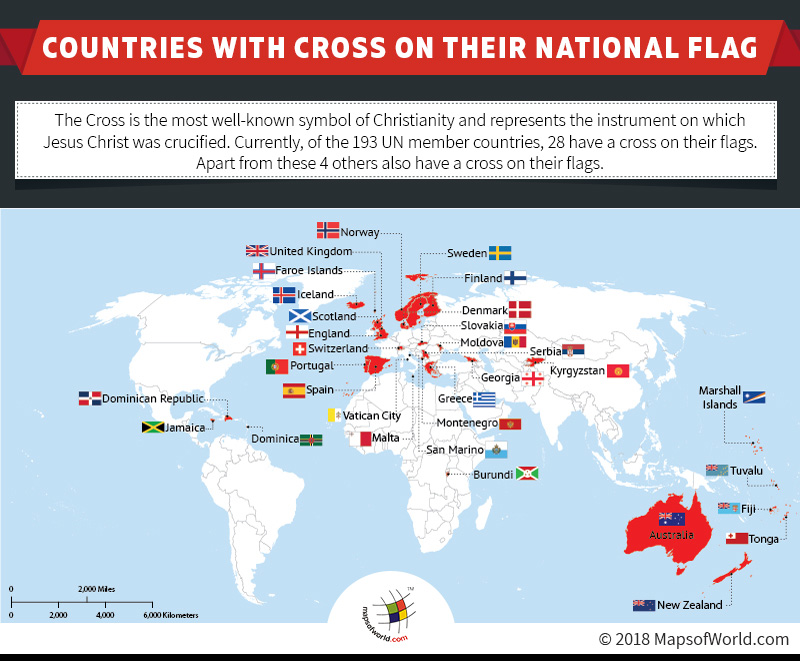 The Cross is the most well-known symbol of Christianity and represents the instrument on which Jesus Christ was crucified. The Cross can be seen in many Christian churches and has been installed at many prominent places, such as the 199-foot cross located in Louisiana’s Bossier City, the Millennium Cross in Skopje, and elsewhere.

Five nations depict the Scandinavian/Nordic Cross on their flags. The Cross symbolizes Christianity and the center of the cross is moved towards the hoist. The Nordic Cross can be seen on the flags of Denmark, Finland, Iceland, Norway, and Sweden. However, Greenland, which is an overseas territory of Denmark, does not depict the Nordic Cross in its flag. Denmark was the first country to adopt the Nordic flag and it was later adopted by the other Nordic nations.

Visit the following to learn more about Flags: