What are the employment rates in informal economy across the globe? - Answers 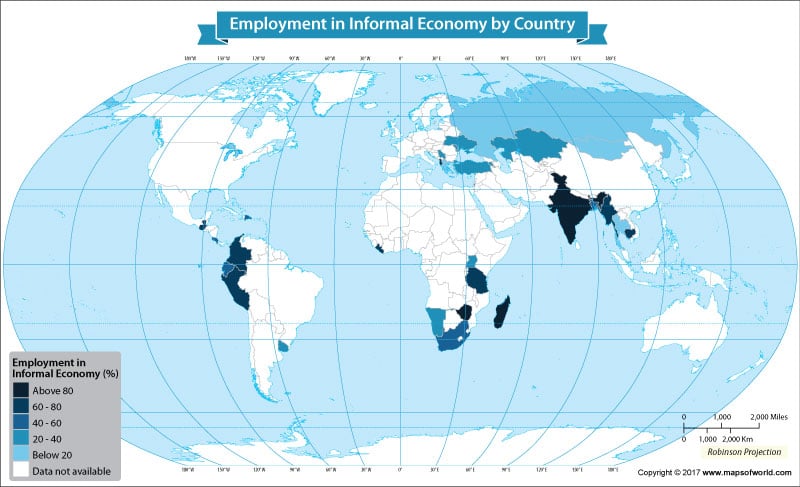 The informal economy can be defined as that segment of the economy which is not regulated by the government. Also described as the grey economy, an informal economy is not taxed and activities in this segment are not included in the country’s Gross Domestic Product and Gross National Product. There are many nations in the world where informal sector is a significant part of the economy. It also plays a very significant role in the income generation, employment creation as well as production.