What are the Top Ten Countries with the Longest Coastlines? - Answers 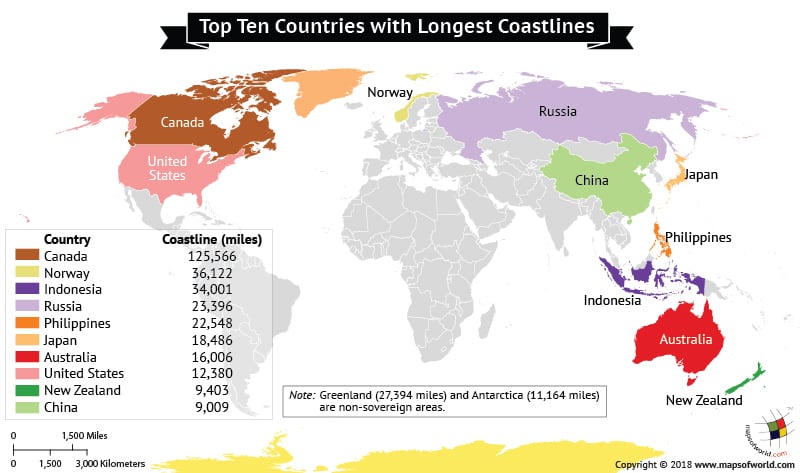 A coastline is defined as a line that forms a boundary between the land and the ocean or a lake. Waves are a prominent feature of coastlines, and as the wind blows, the waves move to and fro, high and low, along the coastline. Countries that have the longest coastlines are; Canada, Norway, Indonesia at first, second, and third position, respectively.

Coastal zones are in increasing demand owing to the multiplicity of benefits to human settlement; agriculture, trade, industry, amenity and marine transport activities such as shipping, fishing boats, and recreational marinas. All of this caters to economic growth and it can be rightly said that coastal industry is a powerful tool for national development.

Just like two sides of the coin, the increasing demand of the coastal zones has a adverse impact on the environment. Overexploitation of fishery resources, pollution, disturbance of the natural systems, industrial activities, and generation of domestic waste due to human settlement, are some of the fallouts.

Here is a table representing the top ten countries with the longest coastline.