How much do teachers earn around the world? - Answers 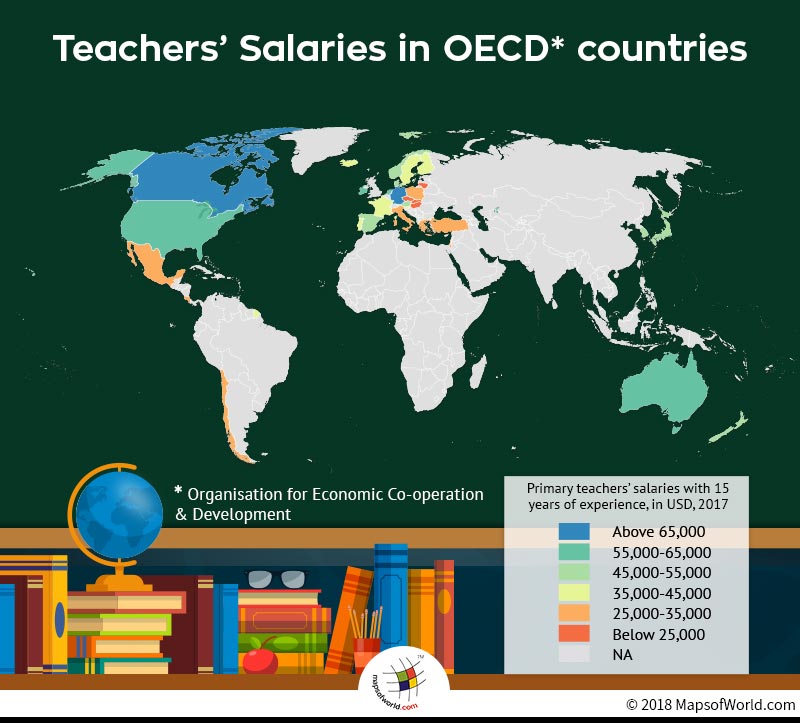 Have you ever thought about becoming a teacher but have been discouraged by the fact that you might not get a much of a salary? Well, if salary was your main consideration, then applying for a visa to Luxembourg might be a good idea. According to The Organization for Economic Co-operation and Development (OECD) latest data, teachers earn the highest salaries in this European monarchy at the primary level with 15 year’s experience. Here teachers earn approximately US$102,505 per annum.

Luxembourg is a small country in Europe, yet when compared to the cost -of-living, the salaries in different job sectors are impressively high. The citizens of Luxembourg are content with their lifestyle and earnings they have been receiving. The tourist-packed nation, doesn’t hold an impressive educational model like the Nordic nations of Finland and Sweden, yet the pay for teachers is higher than those nations. In fact, the two countries do not even stand amid the top ten. Teachers play a significant role in the future of young generations. If they are not passionate about their work, they might not contribute enough towards the educational skills of children. Providing them with a respectable pay, motivates them to be efficient.

Europe dominates the top ten countries with four of them belonging to the continent. The other European nation where teachers are offered a respectable salary is Germany; however, it comes a distant second. Compared to Luxembourg, teachers in Germany earn $70,693 per year. The North American nations: The United States and Canada are also high paying countries for teachers. In Canada the annual salary for teachers is approximately US$ 65,474 and the United States has US$ 61,028.

Here is a table mentioning the salaries of teachers in primary education, as per OECD data released for 2017: