What is E-participation Index? - Answers 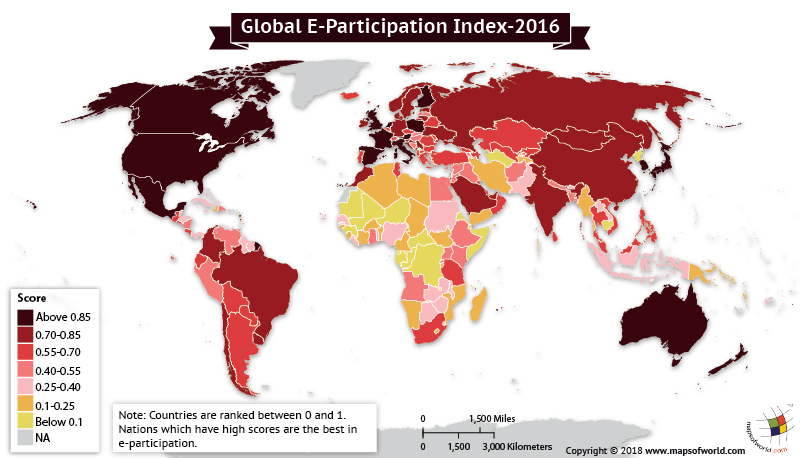 Participation of citizens is essential for the success of governance and democracy. With the advancement of technology, e-participation has gained importance as it is a viable tool for strengthening the collaboration between the government and the citizens. Through Information and Communications Technologies, e-participation fosters civic engagement as well as open, participatory governance. Thus, to promote the well-being of the society, e-participation is important for promoting participation in public decision making and also improving the access of people to information and public services.

The United Kingdom has topped the 2016 E-Participation Index with a score of 1. Australia and Japan have both achieved a score of 0.98. Other top performing nations which have scores of more than 0.85 are South Korea, the Netherlands, New Zealand, Spain, Singapore, Canada, Finland, Italy, the United States, France, Austria, Mexico, and Poland.

The table below provides information on how each nation has scored on the 2016 E-Participation Index.

(Data sourced from the UN)