What are the Top 10 Most Traded Currencies? - Answers 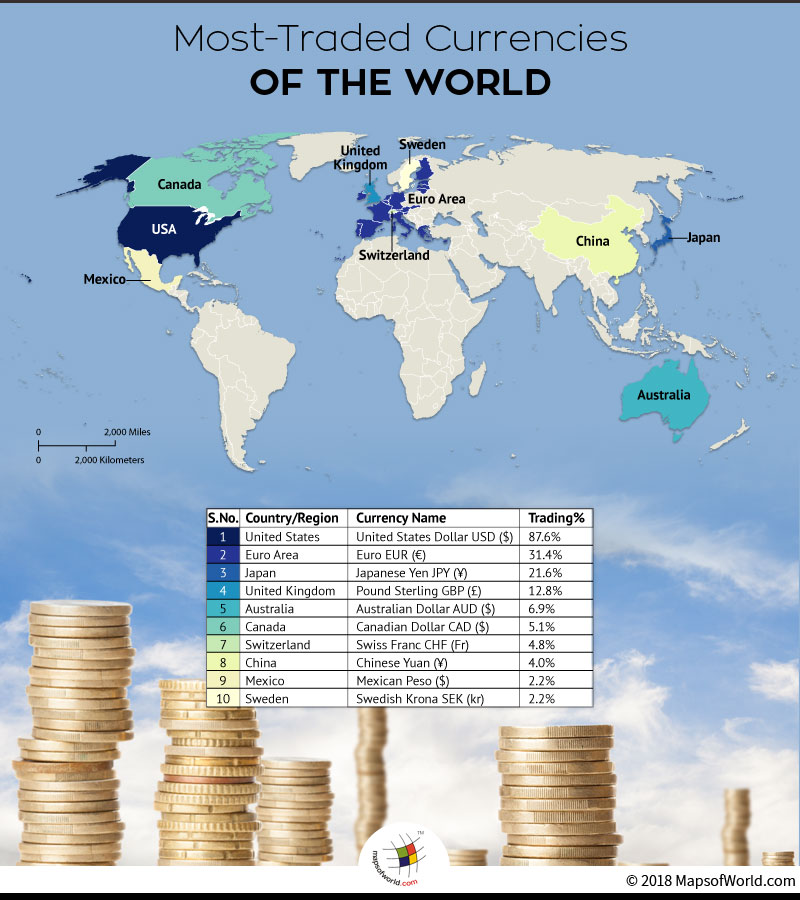 The global currency market mechanism has facilitated foreign trade and the successful functioning of open market economies. The currency market, or the foreign exchange market is the largest financial market which involves the exchange of currencies to necessitate global commerce. The trading of currencies involves buying, selling, exchanging and speculation of currencies by a network of private citizens, corporations and government officials who trade overseas.

The determination of foreign exchange rates of various currencies is done by the foreign exchange markets. It is the rate at which one currency is exchanged for another, with relative values in terms of each other. The main role played in the forex market are by the financial institutions and the international banks. These financial centers act as anchors between the multiple buyers and sellers.

The modern-day exchange markets began forming in the 1970s, under the monetary management of the Bretton Woods System, which established the rules for commercial and financial relations between independent states. This included an obligation for each country to tie its currency to gold and the largely traded currency of the US dollar.

The top three most traded currencies are:

The US Dollar:  Held by nearly every central bank and institutional investment entity in the world, it is the most commonly found and often acts as an intermediary in the triangular currency transactions. The global acceptance of the currency, lets it act as an alternative form of payment, while maintaining their local domestic currencies. Nations with the fixed exchange rates, let the US dollar act as a benchmark to peg or fix their currencies on, to stabilize their exchange rates. The most striking feature of the US dollar is its use as a standard currency in the international market for commodities like crude oil and precious metals.

The Euro:  It is the second most traded and reserve currency. Relatively new, the currency was introduced in 1999, making it the official currency for most Eurozone nations. To avoid volatility, most European and African nations peg their currencies to the Euro. Being a highly ‘politicized’ currency, the Euro is mostly traded by speculators, as a play on the general health of the Eurozone and member nations.

The Japanese Yen:  Acting as the underlying strength of Japan’s manufacturing-export economy, the Japanese yen is the most traded Asian currency. It is used to gauge the overall health of pan-Asian economies, as those currencies are traded far less in the global forex market. Japan followed a long policy of zero interest rate which made the currency easily available and has been greatly invested in purchasing other high yielding currencies around the world.

The forex is an over the counter market with no centralized location and access around the clock. The nature of the market becoming global brings macroeconomic factors in play. It also depicts an economy’s health, while affecting the appreciation or the depreciation of a currency. A high exchange rate hurts exporter, since it makes the product expensive to be purchased by consumers abroad, whereas a lower exchange rate reduces the purchasing power of the domestic consumers for goods produced abroad.

Below lying table includes the top 10 most traded currencies: