What are the Top Ten Countries with Highest Exports? - Answers 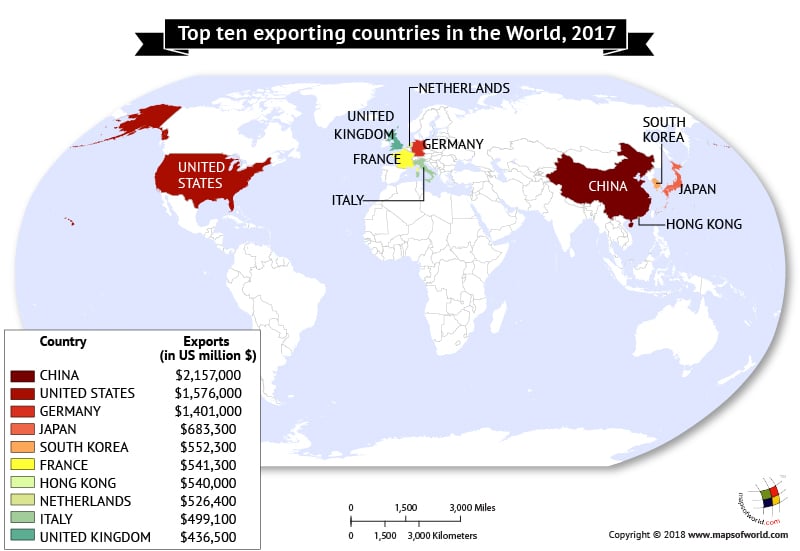 International trade is increasing with every passing day resulting in an all-time high in the imports and exports around the world.

The top exporting countries of the world play a critical role in world trade. These countries are producing goods and services, at a rate greater than they can consume. The excess is then exported to countries around the world, so it can be purchased by consumers in different parts of the globe.

Some of the major exports by these countries include; textiles and clothing, consumables, petroleum and petroleum products, machinery, electricals, and plastics.

Five countries in the top ten list belong to Europe, which are Germany, France, Netherlands, Italy and the United Kingdom.

The table below is based on CIA data estimations of 2017. ‘Exports’ compares the total US dollar amount of merchandise exports on an f.o.b. (free on board) basis. These figures are calculated on an exchange rate basis.