World Food Consumption Map shows a world map where the countries of the world have been shown using different colors according to the daily food consumption in that part of the world. 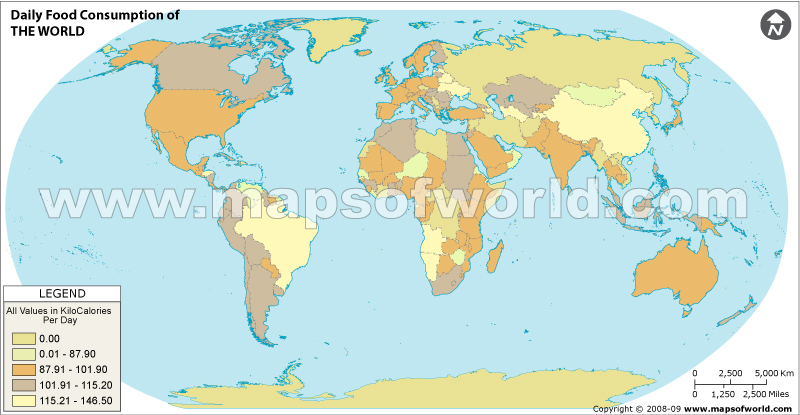 
Many factors govern the pattern of food-intake. In countries, where maximum population falls into the below poverty line (BPL) category, the per capita food intake is also less. The developed countries enjoy a higher standard of living. So there, the average food intake per person is high.

With a population of about 6 billion, food consumption has become a fast rising concern. As to statistics by World Bank, population in the world is growing by more than 200,000 people a day and that has an impact on world food consumption.