Explore different countries in the world with this large Robinson Projection Map of World. This colored map shows all continents, countries, islands, and territories in the world with political boundaries, oceans, latitude & longitude, and imaginary lines (like the Equator, Tropic of Cancer, Arctic Circle, Antarctic Circle). The map below is a high resolution world map, where all countries are labeled in different colors. Russia and The Vatican or Holy See are the largest and smallest countries in the world. Whether you are looking for a colored, blank, outline, printable, or customized world map (in Robinson Projection) with countries and country names, you’ll find every type of map at MapOfWorld.com. 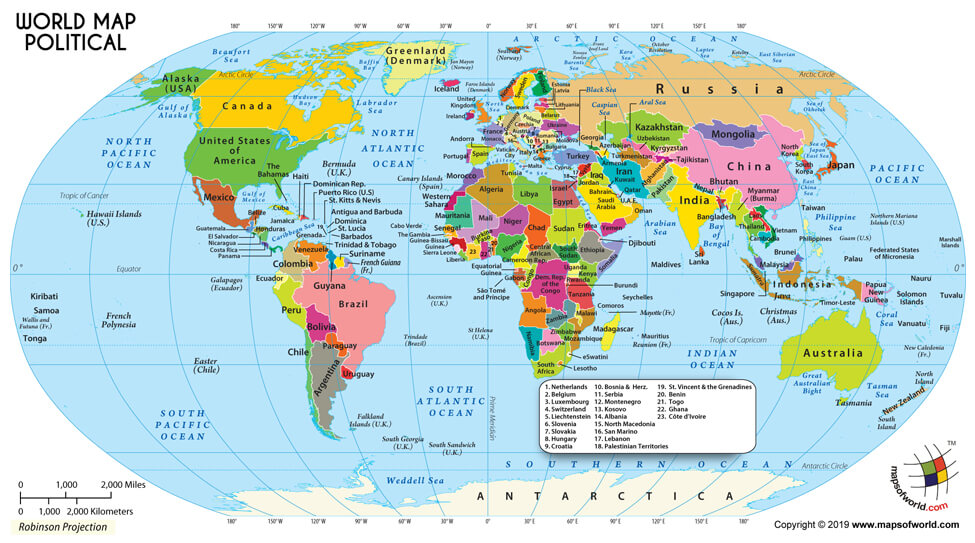 Other countries having the largest population after China and India are the United States of America (USA), Indonesia, Pakistan, Brazil, Nigeria, Bangladesh, Russia, Mexico, and others.

Explore all the countries of the world on the world map to get a clear view of the location of continents, countries, oceans, seas, and latitude & longitude. Know the list of countries in the world that are situated on different continents.