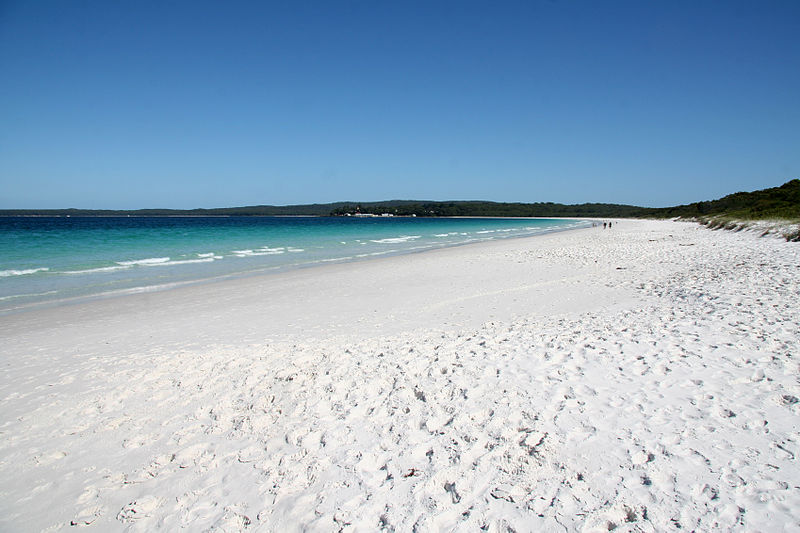 Jervis Bay is a scenic ocean bay in the southeastern part of New South Wales, on the southern coast of Australia. A few hours away from Sydney, Jervis Bay is an ideal weekend getaway for both local and foreign tourists. Jervis Bay is renowned for its white sand beaches and whale sightings. Surrounding the pristine beaches are bushy forests and aboriginal settlements, which are as fascinating as the coastal stretches.

Activities and Attractions at Jervis Bay

Jervis Bay offers a wide range of attractions from coastal areas to those in the inner locales. The onus for protecting the natural and cultural heritage of Jervis Bay lies on both the residents and the government.

Among the other attractions at Booderee National Park, picnic areas in Red Point, Greenfield Beach and Hammerhead Point are sought-after places for a family vacation. Walking tracks at Hare Point, Hyams Beach and Scribbly Gum are best for enjoying the natural beauty of the park. Coonemia Creek has good facilities for boating, fishing, and bird watching.

Jervis Bay has a variety of accommodation options, from private cottages and beach houses to caravan parks and backpacker hostels. Camping in the caravan or tourist park is a delightful way to spend a vacation in this part of the country. The Jervis Bay Caravan Park is an ideal camping park in the Bay, right beside the waterway. Its well-kept cabins, camps, boat ramp, and floating jetty provide the blissful experience of privacy and safe adventure. A night stay in a tent costs between $22 and $50. Cave Beach, Yalwal and Beach Haven are some of the other tourist parks in Jervis Bay.

The secluded and unspoilt beauty of Jervis Bay has all that one needs for an idyllic vacation. It is in fact a well kept secret of those who frequent the area.

Where is Jervis Bay?

Jervis Bay is well-connected to important cities like Sydney and Canberra. Sydney is just about 2 and half hours drive away from Huskisson, the largest town in Jervis Bay.

Reach by Air: The Kingsford Smith Airport in Sydney is easily accessible from any part of the world.  There are a number of car and bike rental companies adjoining the airport. Hire one and embark through the picturesque roads to Jervis Bay. The distance is about 86 miles.

Reach by Train: The Martin Place Station in Sydney has regular trains to Huskisson, Vincentia and other towns in Jervis Bay. The journey is about five to six hours long. To reduce the journey time budget travelers usually take the train to Bomaderry and then a bus to Huskisson. It takes about four hours and fifteen minutes.

Getting around Jervis Bay: Important towns and villages in Jervis Bay are connected by public buses. Hired cars and bikes are another convenient way to get around the area.

Jervis Bay has cold winters (June to November) and hot summers (December to May). Owing to the proximity to the ocean the weather is milder in the coastal areas, as cool winds blow during the summer and vice versa in the winters. Recorded temperature ranges between 41º F in the winters and 108º F during summers. Rainfall occurs all round the year; however, the months from January to June are wetter.

The months of May to November are preferred for sighting migrating whales and dolphins. Winter has lesser crowds. The best months to visit Jervis Bay are from December to March and from July to October.

Nearby attractions from Jervis Bay:

Tips for anyone visiting Jervis Bay: