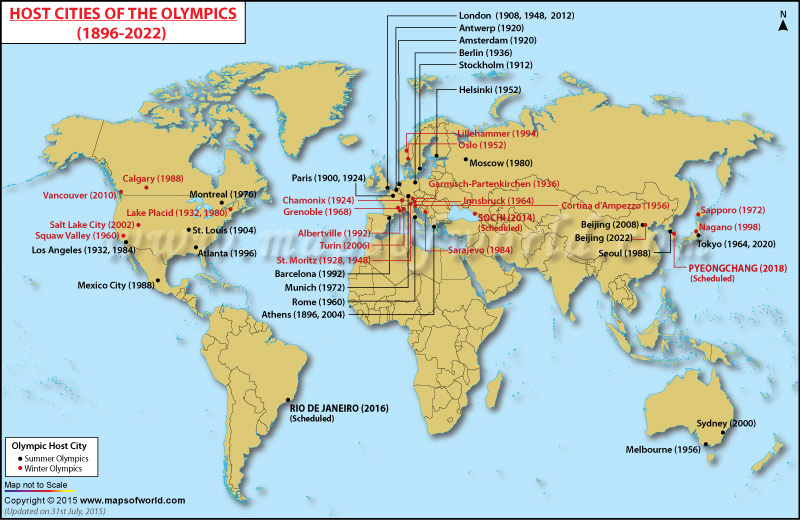 The World Map of Olympics Hosts Cities shows all cities that have hosted the Summer and Winter Olympic Games and the years in which they were held. The United States of America has hosted four Winter Games and four Summer Games, more than any other country in the world. France has hosted two Summer Olympics and three Winter Olympics, and now the United Kingdom stands third, having hosted its third Olympic Games in 2012. After hosting the 2012 games, London became the fist ever city to have hosted the Olympic Games thrice. Los Angeles, Paris and Athens have each hosted two games each.