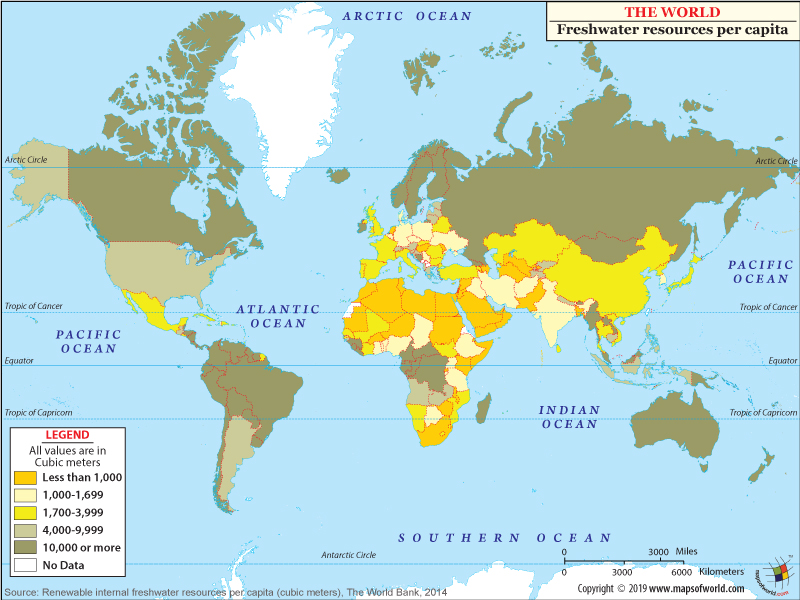 World Freshwater Resources Map shows a world map where the countries have been shown using different colors according to their Fresh Water Resources per Capita in cubic metres.

Of the total water available on earth's surface only 2.5% is freshwater. 97.5% is salt water. Less than 1% of this amount is frozen in ice caps or exists as soil moisture. Water scarcity has emerged as a major problem these days. Infact, the world is facing a global freshwater crisis. It is estimated that 110,000 cubic km of precipitation falls on the world's continents each year. Major portion of the precipitation flows through rivers, some is absorbed by plants or evaporated back into the atmosphere. Around 9,000 cubic km of freshwater is readily accessible for human use.

Freshwater sources are dwindling over the years. The main factor behind this is fast growing populations. From the World Freshwater Resources Map, it can be seen that freshwater distribution around the world is quite uneven. Middle-East and some countries of Africa face acute water shortage. Freshwater resource is a finite resource and should be used properly to avoid its shortage in the future.