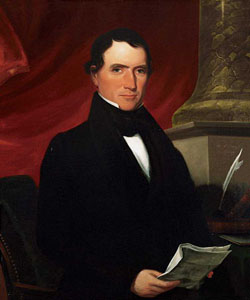 As Jacksonian he served the nation from 14th December, 1819 to 15th April, 1844. William King also became the chairman of Public Lands Committee and Committee of Commerce. From 1844- 1846, William King became the Minister to France under the presidential ship of Polk.

William King was a lawyer by profession. He began his career in politics as North Carolina legislature’s member. From the year 1811 to 1816, he was the representative of North Carolina in House of Representative of the United States. US Legislation secretary to Russia from 1816 to 1818 was William King. At that time Monroe was the President. For thirty years he served as US senators. His tenure as an US Senator was from 1819-1844 and 1848-1852. From 1850-1852 William King also became the President Pro tem.