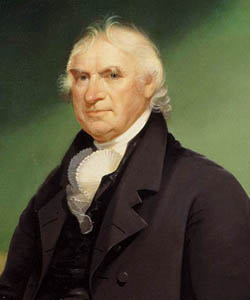 Under Thomas Jefferson, George Clinton was the second Vice President after Aaron Burr to serve his tenure.

George Clinton was the most prominent opponent figure of the new constitution. He was elected as the presiding officer by the Anti federalist majority in the New York ratification convention, where he was just a delegate. George Clinton was serving his tenure with some set goals and initiatives to abridge and limit the federal powers. The anti federalists did not approve the plans on a common ground and therefore, Mr. Clinton could not really accomplish his objectives.

Clinton’s Candidacy as the vice presidents faced several obstacles as he was still considered as an opponent of the constitution. George Clinton’s political profile made him an attractive candidate for the post of the Vice President of United States of America for the fact that he was expected to maintain the Virginia-New York nexus. Clinton also voiced his opinion against the objection towards Mr. Adam’s election.