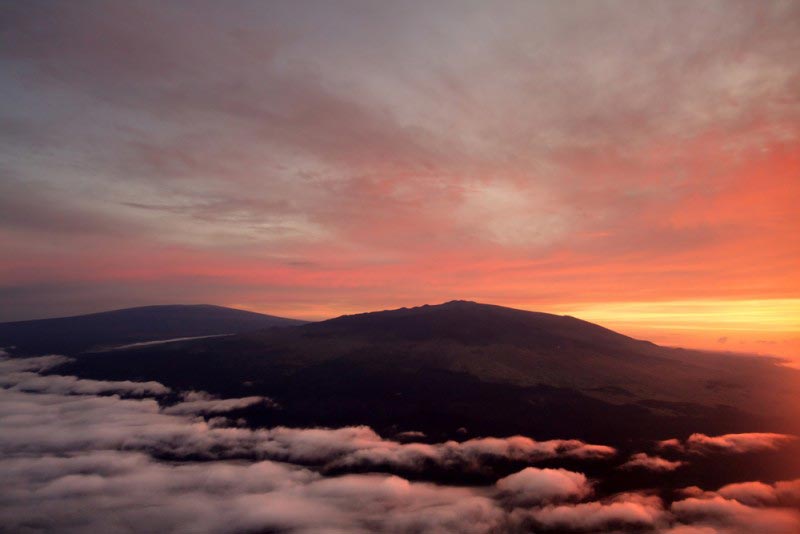 Home to one of the  most active volcanoes on Earth, the Kilauea volcano, and one of the world’s most massive volcanic mass, Mauna Loa, the Hawai’i Volcanoes National Park is one of the most popular attractions of the state and a sacred place for the native Hawaiians. The volcanoes are highly active and the volcanic activity is constantly expanding the island. Kilauea is called “the world’s only drive-in volcano”. In its current level of activity it generates 250,000-650,000 cubic yards of lava each day. The natives worship Pele, the volcano goddess, who lives here.

Spanning over 333,000 acres from the summit of Maunaloa to the sea, the park offers visitors about 150 miles of hiking trails. The part showcases extraordinary natural diversity and visitors can find volcanic craters, deserts and rainforests within the park precincts. Apart from the unique experience of watching the lava from Kilauea as it flows into the sea, the Kilauea Visitor Center, the Crater Rim Drive, the Halemaumau Crater, the Thurston Lava Tube, and the Thomas A. Jaggar Museum form the key attractions of the national park.

Also Read:  Top Things To Do In Hawaii 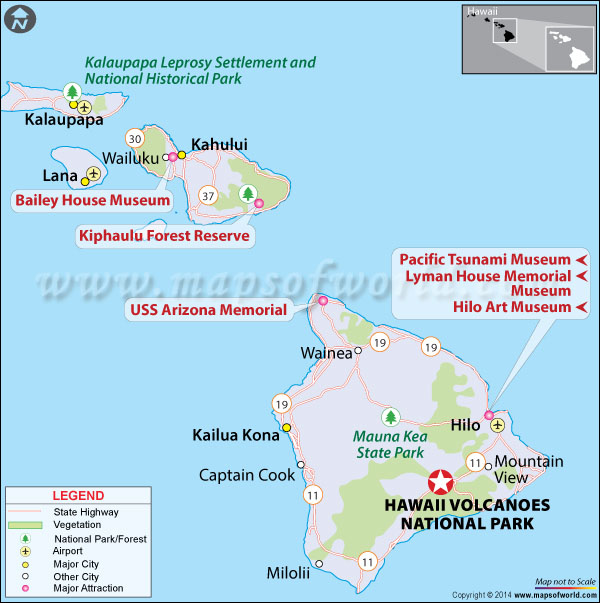 Where is Hawai’i Volcanoes National Park ?

The Hawaii Volcanoes National Park is located to the south-east of the Big Island (Island of Hawaii) in the State of Hawaii. The park is 30 miles southwest of Hilo and 96 miles south-east of Kailua-Kona. Hilo and Kona Airports are the nearest air terminals.