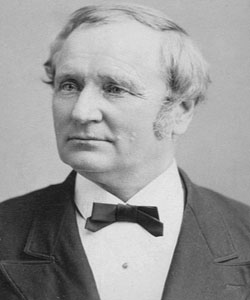 Thomas Hendricks (1885) continued with his responsibility till his death on 25th November in 1885 in Indianapolis, Ind. Earlier in 1876, Thomas Hendricks contested for the US Vice Presidency on the Democratic ticket with Samuel Tilden. But that time he was unsuccessful.

Thomas Hendricks started his life near Zanesville in Ohio on 7th September in 1819. But within one year his parents took him to Indiana. He graduated from Hanover (Ind.) College in the year of 1841. After his studies from this college, he studied law and started practicing in Shelbyville, Ind. He also became the State house representative in 1848.

Thomas Hendricks has been honored by printing his image on US paper money. He is the only US Vice President who has been bestowed with this honor though not being the US President. On the $10 of 1886 his image appears on the famous ‘tombstone’.