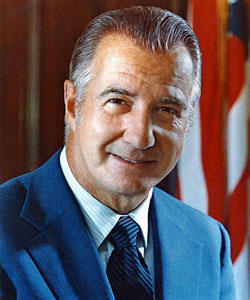 He was one of the popular Vice Presidents of the U.S. He was born in the year 1918 on the month of November in the Baltimore County, United States.

Spiro Agnew died in the year 1996 on the month of September due to sudden illness.