The scholarly and solicitous qualities of Vice President and the second President of U.S.A., John Adams, made him an outstanding political philosopher than a mere politician. His immense erudition in diverse… 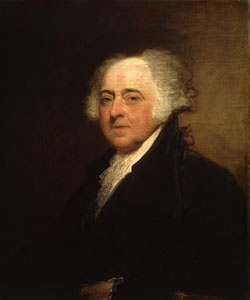 The scholarly and solicitous qualities of Vice President and the second President of U.S.A., John Adams, made him an outstanding political philosopher than a mere politician. His immense erudition in diverse spheres of learning helped him to deal with the American political scenario perhaps far better than many other political leaders of the country.

Born to the farmer-couple John and Susanna Boylston Adams in the Bay Colony of Quincy in Massachusetts on 30th October 1735, John Adams was perhaps their only child, educated in the renowned Harvard University and destined to become a legal practitioner of fame and repute. Though initially he had no plan to join American politics, a handful of hic actions had substantial association with politics at its lowest level. His strong patriotic feelings made him the First and Second Continental Congress delegate for leading the war of national independence. Though quite unconsciously, yet the seeds of a long, successful and enriched political career had already been sown from then onwards. He married Abigail Adams in 1764, who borne him five children. In fact, one of his sons, John Quincy Adams later became the American President.

The war of independence witnessed the future United States Vice President John Adams in diverse diplomatic roles, who tactfully negotiated the peace treaty to terminate the struggle. In the post-war scenario, he adorned the position of minister to St. James’s Court from 1785 to 1788. Later, under the first presidency of George Washington, he assumed the office of Vice President of the nation.

A dynamic and intelligent man, the American Vice President John Adams played important roles in his tenure as Vice President, administering the nation with efficiency and tactfulness. His achievements as both a Vice President and the second President after George Washington, determined the destiny of the nation for all coming decades. He passed away in 1797.