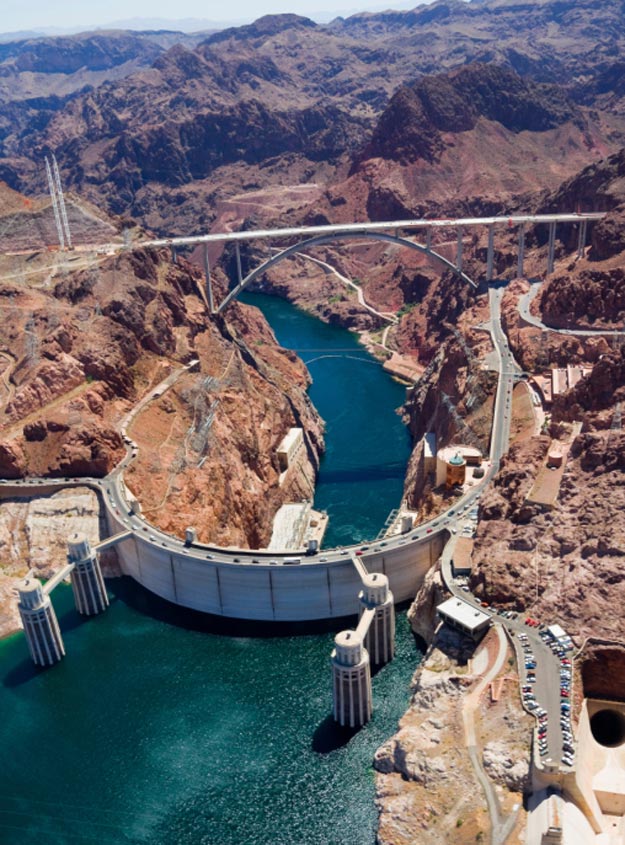 The Hoover Dam  on Colorado River

The Hoover Dam is an arched dam in the Colorado River’s Black Canyon.  The dam’s location is exactly on the border between Arizona and Nevada. Constructed from concrete during the Great Depression in the 1930s, the dam is considered an engineering marvel, though many lives were lost during its construction. It was originally named for President Herbert Hoover, who was president during the early construction of the dam.

The builders had to overcome many challenges to make the dam possible. The dam was built to control water flow to prevent floods, and also to generate hydroelectric power. Visitors to the Hoover Dam are often amazed at its size and power. Tours are available for the power plant and also to go into the dam.

Hoover Dam is evidence of a country’s capability to build massive projects amidst adverse conditions. The dam was constructed during the Depression. A large number of men along with their families came to Black Canyon to dam the Colorado River. The dam was completed within five years. Hoover Dam has become a National Historic Landmark. The American Society of Civil Engineers has listed it among America’s Seven Modern Civil Engineering Wonders.

Exactly beneath Hoover Dam is a site from where paddle craft like canoes, kayaks or even personal rafts (with a permit) can be launched for a pleasurable journey on the Colorado River. The road connecting to the launch site is a protected area, and thus the access is limited to Bureau of Reclamation employees and their contractors. The launch fee of paddle craft or rafts is $12 per person along with a $5 National Park Service entrance fee for adults age 16 and above. 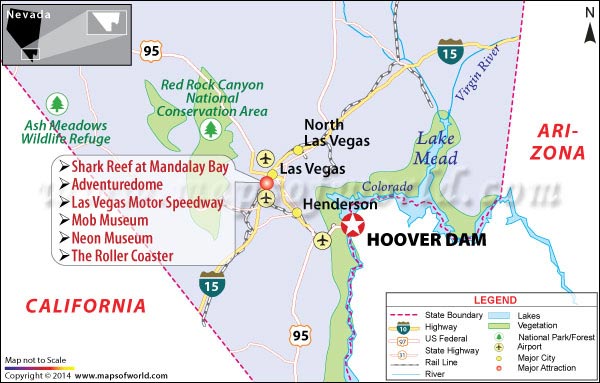 Where is Hoover Dam?

The Hoover Dam is located in Boulder City in Southern Nevada, about a half-hour drive outside of Las Vegas, making it a popular day trip for visitors to Vegas.

With its location in the middle of the desert, the region gets extremely hot during the summer. It is also very crowded during this time. February through April tend to be less busy with milder weather, and early morning tours are usually less crowded.

Hoover Dam one-hour tour ticket costs $30.00 per person for adults, seniors, juniors & U.S. Military. No children under eight years of age are permitted for this tour.