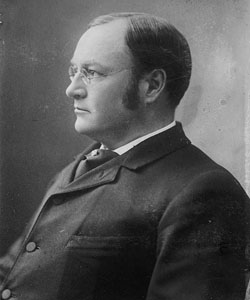 In 1886, elected to Congress as a Republican, James S. Sherman served for four years after which he lost his seat to Henry W. Bentley following the 1890 election. In the year 1892 Sherman had narrowly beaten Democrat Henry Bentley and returned to Congress. This great man there reestablished himself as the leader of a “jolly coterie” of New York Republicans.

James Schoolcraft Sherman in 1898 became a candidate for Speaker of the House, after which he was offered the office of General Appraiser of the Port of New York a year later by the United States President William McKinley. Sherman lost his position after being opposed by his Utica constituents.

During 1908 nomination James S. Sherman had been the Chairman of the House Committee on Indian Affairs. Till 1912 he remained highly involved in politics then came the 1912 election.