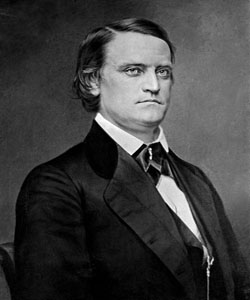 John C. Breckinridge was the grandson of John Breckinridge, an US Senator and Attorney General. John C. Breckinridge completed his graduation from Centre College. In Transylvania University he completed his law studies. In Lexington he started his practice in law. In 1843 he married Mary Cyrene Burch. In the American-Mexican War of 1847 and 1848 he became the major of the third Kentucky volunteers. He was even nominated by Franklin Pierce, an US President as a Minister to Spain.