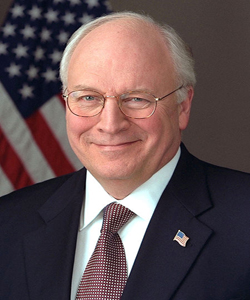 Dick Cheney has been involved actively in politics since 1969, when he was an intern in the Nixon Administration. Dick Cheney was asked to join the republican ticket by Bush, himself. Cheney is marked as an active Vice President.

In the year 1978, Cheney was elected to be the member of the House of Representatives in the United States of America from Wyoming. From March 1989 to January 1993, Cheney has served the tenure of the Secretary of Defense, while George H.W. Bush was serving the nation as the President. During this time Cheney headed the United States Invasion of Panama and Operation Desert Storm in the Middle East.

Before he was elected as the Vice President, Cheney has also served in the private sector as the CEO of the Halliburton Corporation.