Charles Daweshad been one of the most remarkable names in the political scenario of the United States. He was born on 27th August 1865 in Marietta, Washington, Ohio. He was… 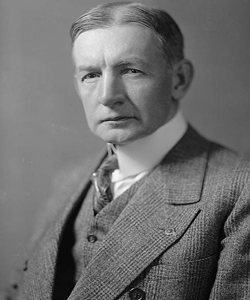 Charles Daweshad been one of the most remarkable names in the political scenario of the United States. He was born on 27th August 1865 in Marietta, Washington, Ohio. He was the grandson of William Dawes.

Dawes’ father, Rufus Dawes, had been a Civil War veteran who had served as a Republican for one term in the house of Representatives of the United States. This great political leader Charles Dawes completed his graduation from Marietta College in 1884.

In 1894 he became the president the President of the Lacrosse Gas Light Company in LaCrosse as well as Wisconsin and the Northwestern Gas Light and Coke Company in Evanston, Illinois.

Throughout his political career Charles Dawes remained highly active and took different roles to serve his motherland. From 1921-1922 this eminent figure of politics acquired the role to play as the 1st director of Budget Bureau.

Again he became the chairman of the board of the City National Bank and Trust Co. In 1932 Charles Dawes got this opportunity to play the role of chairmanship.