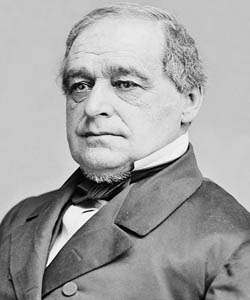 In the following years he switched jobs frequently which included, cook, surveyor, manager of a weekly newspaper in Paris,schoolmaster, woodcutter, and a compositor at a printer’s office. After studying Law Hannibal Hamlin was admitted to the bar in the year 1833.