The twenty fourth Vice President of the United States of America was Garret Hobart (1897-1901). His full name was Garret Augustus Hobart. He took birth on 3rd June in the year of… 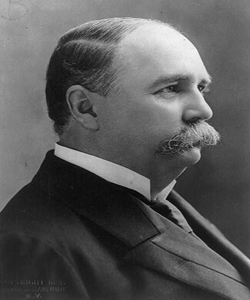 The twenty fourth Vice President of the United States of America was Garret Hobart (1897-1901). His full name was Garret Augustus Hobart. He took birth on 3rd June in the year of 1844 at Long Branch in New Jersey.

He reached his adulthood from the Marlboro Township. He earned his graduation from Rutgers College in 1863. He was also the member of The Delta Phi Fraternity. He was admitted to the bar and he practiced law in Paterson.

The Paterson city counsel was served by Garret Hobart in 1871. He was elected the counsel for the board of freeholders in 1872. From 1872 to 1876, he served in the New Jersey General Assembly. There he took the responsibility of the speaker in 1874. The Republican candidate Garret Hobart served the member of the New Jersey General Assembly from the period of 1876 to 1882. He also served as its President in 1881.