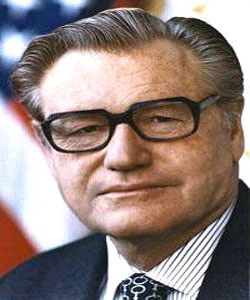 Nelson Rockefeller is also known by the name of Nelson Aldrich Rockefeller. He was the 41st Vice President of the United States of America.

The U.S Vice President Nelson Rockefeller died in the year of 1979 on the month of January due to a massive heart attack.