Elbridge Gerry (1813-1814) became the fifth Vice President of United States of America in the year 1813 on March 4th. He started serving the tenure after the office was left vacant by George Clinton,… 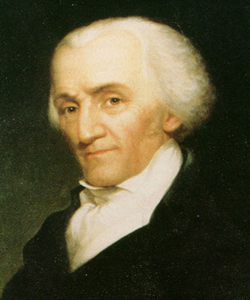 Elbridge Gerry (1813-1814) became the fifth Vice President of United States of America in the year 1813 on March 4th. He started serving the tenure after the office was left vacant by George Clinton, when he died on 20th April, 1912.

Elbridge Thomas Gerry was elected to the Massachusetts Legislature in 1773. In the year 1774, Gerry also attended the Provincial Congress. He was also engaged in committee work related to commercial and naval affairs, while serving the Continental Congress.

In 1798, Gerry attended the Constitutional Convention, but refused to sign the new Federal Constitution. Gerry served his tenure as the Governor of Massachusetts in 1810 and 1811. In 1813, Gerry was appointed the Vice President of the United States of America.

Elbridge Gerry was expected to take upon certain responsibilities. Madison, the then President of the United states of America, was more interested in selecting a candidate for the post who would attract votes from New England states. Elbridge Gerry supported Madison‘s view of declaring the US War against Great Britain as that would ensure the protection of liberties gained during the revolution. Elbridge Gerry took his “Oath of Office” from John Davis, the U.S. District Judge on March 4th 1813. Gerry delivered an inaugural address where he condemned the British and praised Madison.