Richard Mentor Johnson born on October 17, 1780 was the ninth Vice President of the United States. He served the administration of Martin Van Buren. Hailing from the County of Kentucky, Richard Johnson was… 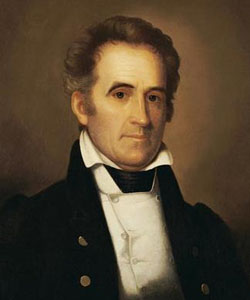 Richard Mentor Johnson born on October 17, 1780 was the ninth Vice President of the United States. He served the administration of Martin Van Buren.

Johnson was merely elected to the United States Senate to fill up the vacant seat caused by the resignation of John J. Crittenden in 1819, but was re-elected to the position for a full term in 1823 where he stayed from December 10, 1819 to March 4, 1829. In 1836, Johnson was nominated as the Democratic Party’s member for Vice President. This was the only occasion when the Senate ever elected the candidate for Vice President.