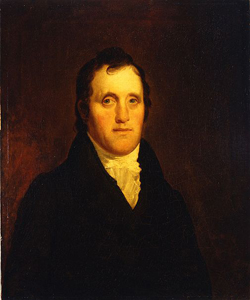 Daniel D. Tompkins got involved more into New York politics and could not stay in Washington for longer periods while serving the tenure. During his tenure he tried hard to settle the developments in the Stalen Island properties and negotiated with Comptroller Archibald Mclntyre to get his wartime accounts settled down.

Tompkins was in a bad shape due to the injury he had in the year 1814 after he fell off from the horse while he was in an inspection tour of Fort Greene. In the year 1817, he started serving his tenure after he recovered from his health related problems. His financial affairs didn’t give him much time to attend the duties of the Senate, though.

Initially Daniel D. Tompkins was favored by many due to his energetic and able leadership.

Although, Daniel D. Tompkins could not serve his tenure as a vice president with full attention and care, he is still remembered for the act that he held the post for long, despite of the fact that he was not in his perfect health state while serving the tenure of the Vice President of United States of America.